Singled Out: Post-Modern Connection's In The Dark 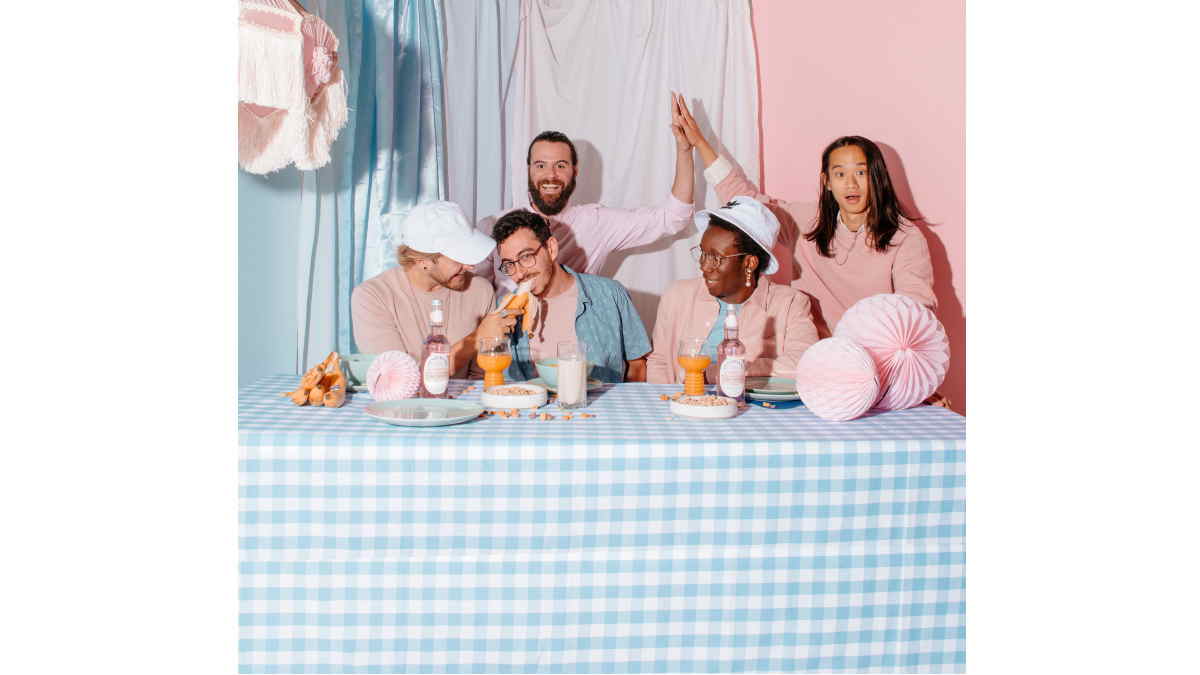 Post-Modern Connection recently released their "Clustered Umbrella" EP and to celebrate we asked lead singer and guitarist Tega to tell us about the single "In The Dark". Here is the story:

So first the initial idea for In The Dark came from hearing Wi-ing Wi-ing by HYUKOH. This was back in 2017. The moment I heard that song I knew I wanted to make a song with those chords. From there on it spiraled into a whole new creature. I started messing around with those classic Bossa Nova chords back in 2017 and the song started there. I showed Georges our lead guitarist and he wrote the progression for the chorus in one of our early composition sessions. It was his idea to have it half time which is such a cool contrast to the upbeat Bossa Nova groove of the verse. I wrote the bridge and the outro. I had initially wanted to make the ending similar to the ending in Hounds by The Districts but after playing it live a few times it never really fit right.

Georges and I usually start songs independently then send voice notes to each other and finally meet up to record a demo. Afterwards we show the demo to the band to make changes and tweaks and bring their own influences. I think this is really what contributes to our sonic diversity. For instance, I've been leaning more neo soul lately but Georges has been leaning more math rock, latin american jazz but also neo soul.That combined with our drummer and keys player formal music knowledge makes for interesting music.

"In the Dark" is really interesting because different parts were written at different times, sometimes years apart. But also because each section of the song sounds like its own thing. It's a song that just goes wherever it wants to. During one of our practice sessions I decided we needed to redo the bridge and outro as the whole Districts vibe wasn't working. It was during this session that we came up with the big shots that happen at the end of the song. After playing that a few times I knew I wanted something more impactful with the bass on that section. So I suggested Steven, our bassist, play a bassline more reminiscent of a stand up bass. The type you'd hear at a jazz club. He immediately saw the vision and made it happen. So now you've got big half time shots and a consistent jazz esque bassline filling in the pauses. Flash forward to 2019 and Mitch, our synth/violin player, joins the band and after hearing the song wrote the synth and violin parts for it. The violin on the chorus adds such a nice element to the song that we love. Moving on to 2020, during one of our practice sessions we're reworking the song again. We wanted the intro to feel a bit more impactful. We used to start right with energetic guitars but wanted something that felt a bit more interesting. I suggested that we start with a drum intro and Cam starts playing a classic Bossa Nova rhythm and I knew that was it. So now we've got the Bossa Intro which teases the song a little but doesnt give away all that's coming. Cam also helped Georges come up with the lead guitar part at the outro of the song.

I write all the lyrics for the band usually unless Georges has already made the song and has lyrics. I usually write lyrics after the majority of the composition has been done. It makes things easier for me. So most of the lyrics for "In the Dark" were written back in 2018. We used to end the song with a chant "You'd call me in the dark" but it never really fit and felt too on the nose for me. After we made the new outro, the lyrics and cadence came naturally. There was no direct inspiration for it. I grew up surrounded by Gospel music and sang in gospel choirs in high school. So that section having a strong gospel influence seemed like the natural thing to do. But I think for most listeners it adds another unexpected layer. The last bit of lyric writing was done by accident. Finally in 2021 we were getting ready to head to the studio and I was recording the lyrics of some higher quality demos with Georges and the tune came to me. I actually recorded gibberish for the demo we took to the studio. I just wanted to get the tune down. The moment I recorded it felt right. It feels kind of like something Crumb would do. We're big fans. So while I wasn't thinking of emulating them I wouldn't be surprised that I was able to draw from them at that moment. By the time we recorded the vocals, which we did in my basement with our producer on a virtual session, I had the lyrics and they turned out to be one of my favorite part of the whole song. "I know you're somewhere out there. I'll wait here in the dark. I don't know why you left here. I'll wait here till you're home." The use of In the dark felt more appropriate here. What makes this vocal section cool too is the timing. The timing sets it so it feels like a call and answer with the main vocal, and with how soulful the main vocal sounds, it gives the section an almost somber gospel feel vocally.

"In the Dark" is definitely one of our more experimental and complex songs but we love it because we get to showcase a lot of our influences. Almost everything on the song and our EP as a whole is very intentional. We're inspired by bands who like to push the envelope a little bit and we hope people resonate with that. We want people to enjoy our music but also find it interesting.

Singled Out: Post-Modern Connection's In The Dark