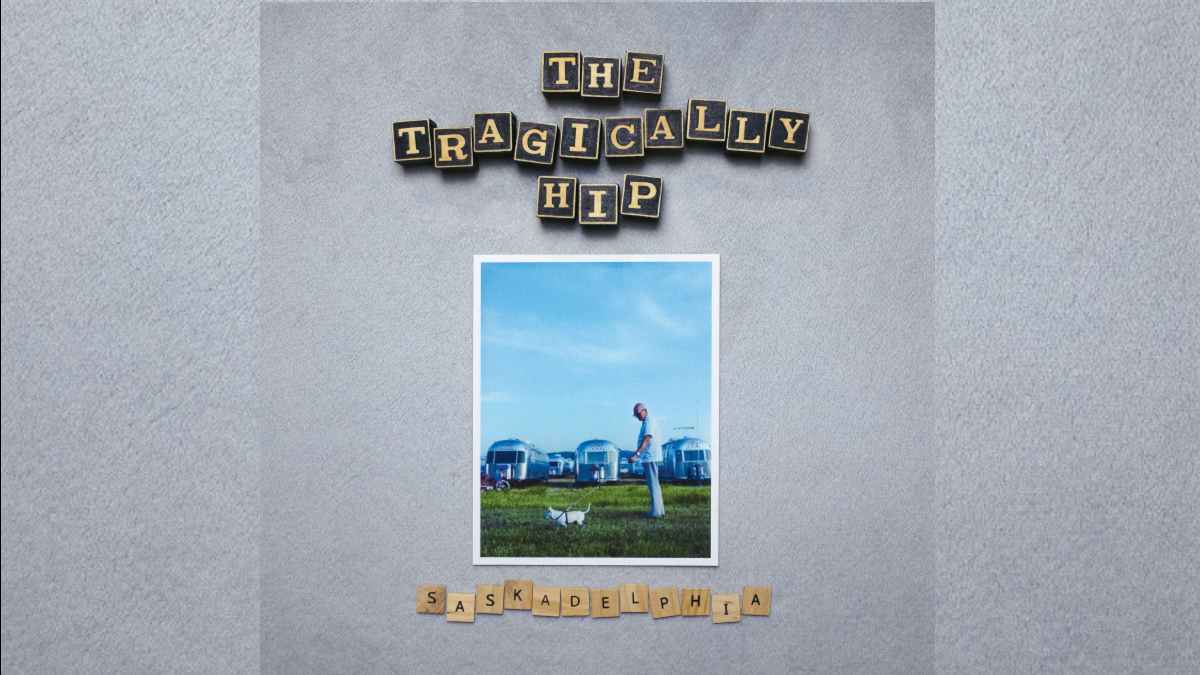 (hennemusic) The Tragically Hip are streaming their new album, "Saskadelphia", in sync with its release on May 21. The first new music from the legendary Canadian band since they retired in 2017 - following the death of singer Gord Downie after a lengthy battle with terminal brain cancer - presents six unreleased tracks written in 1990 during sessions for their second record, "Road Apples."

Originally planned as a double album, the songs were shelved when the group's US label balked at the scope of the project, which was trimmed to a single set.

Alongside a live track from 2000, recordings of the other five songs were recently uncovered and heard by the surviving members for the first time in three decades after they were thought to be lost in a 2008 fire on the Universal Studios backlot; unbeknownst to the band, the tapes had been quietly transferred back to Canada in 2001.

"We didn't know what was there, so this meant baking them and listening to them as they were being transferred," explains drummer Johnny Fay. "Hearing them for the first time in 30 years was crazy." Stream the album here.