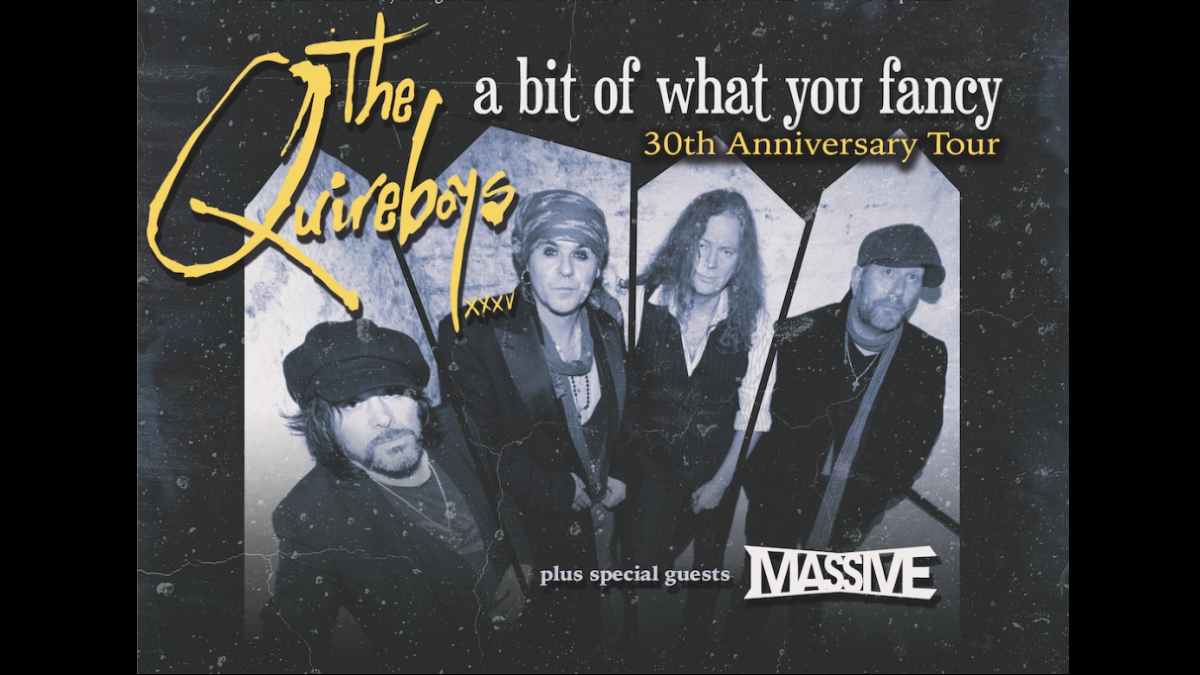 The Quireboys have announced that they have rescheduled four of that dates of their "A Bit Of What You Fancy" 30th Anniversary Tour to June of 2022.

The first leg of the tour is set to kick off on October 14, 2021 in Glasgow at the Garage and will wrap up on November 27th in Gloucester at the Guildhall.

The band is currently re-recording their debut album, "A Bit Of What You Fancy", for a special 30th anniversary edition that will be released in various formats later this year.

Frontman Spike had this to say, "A Bit of What You Fancy is where it all began for the Quireboys. It was an incredible album that launched our career.

"However, the way we sound and play now doesn't do it justice. Henceforth, it has been a pleasure updating it to our modern-day gypsy rock and roll sound. I'm sure everyone will enjoy this new version in all its glory, marking its 30th Anniversary." See the tour dates below: