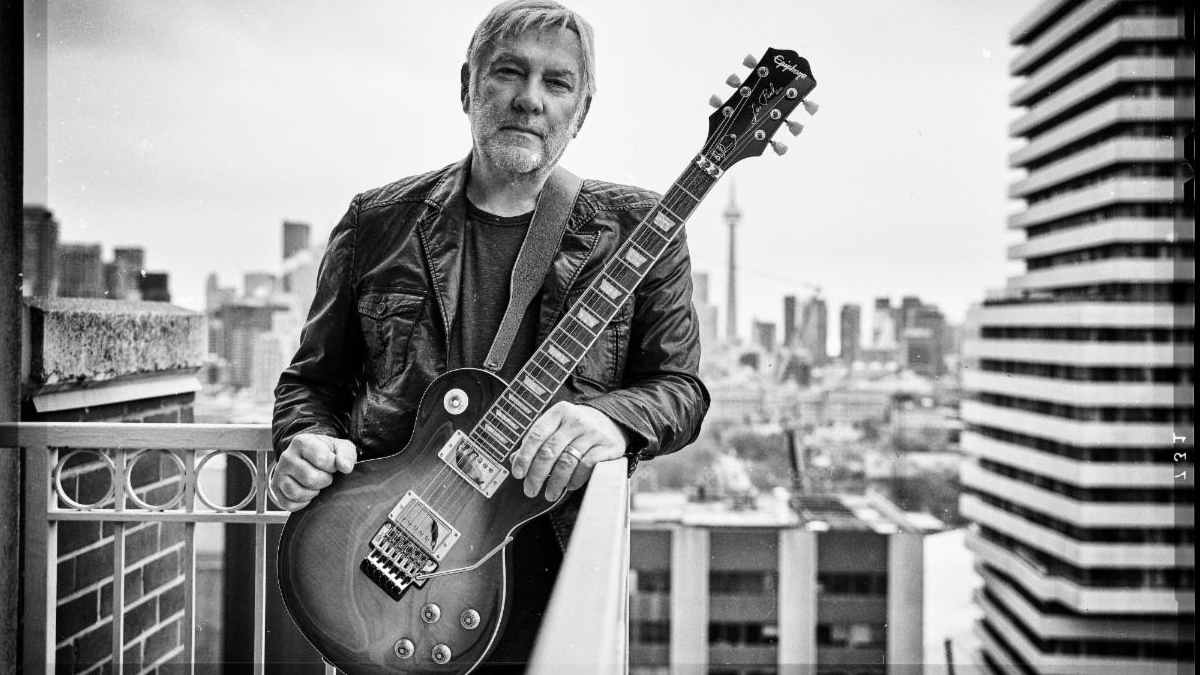 (hennemusic) Rush guitarist Alex Lifeson is streaming his first new music in close to a decade in sync with the launch of a new signature guitar line. To mark the occasion of his collaboration with Epiphone and the release of the new Alex Lifeson Epiphone Les Paul Standard Axcess guitar, Lifeson is debuting two brand new songs: "Kabul Blues" and "Spy House."

Portions of both instrumental tracks can be heard in a new video that sees the rocker sharing the story of his guitar evolution through the years, while they can be heard in their entirety exclusively at AlexLifeson.com.

In addition to his 1996 solo album, "Victor", Lifeson has a long history of appearances on projects by other artists through the years, including recordings with Tom Cochrane, John Mayall, Fu Manchu and Triumph guitarist Rik Emmett, among others.

"The Introduction of the Epiphone Alex Lifeson Axcess model based on my Gibson Les Paul Axcess model has all the same attributes and characteristics that I desired so much when we originally designed it," says Lifeson. "The look, the sound, the playability and the utility - it's all there for the player at any level. I'm very proud of this guitar."

Rush's Alex Lifeson Has A New Gig 2018 In Review