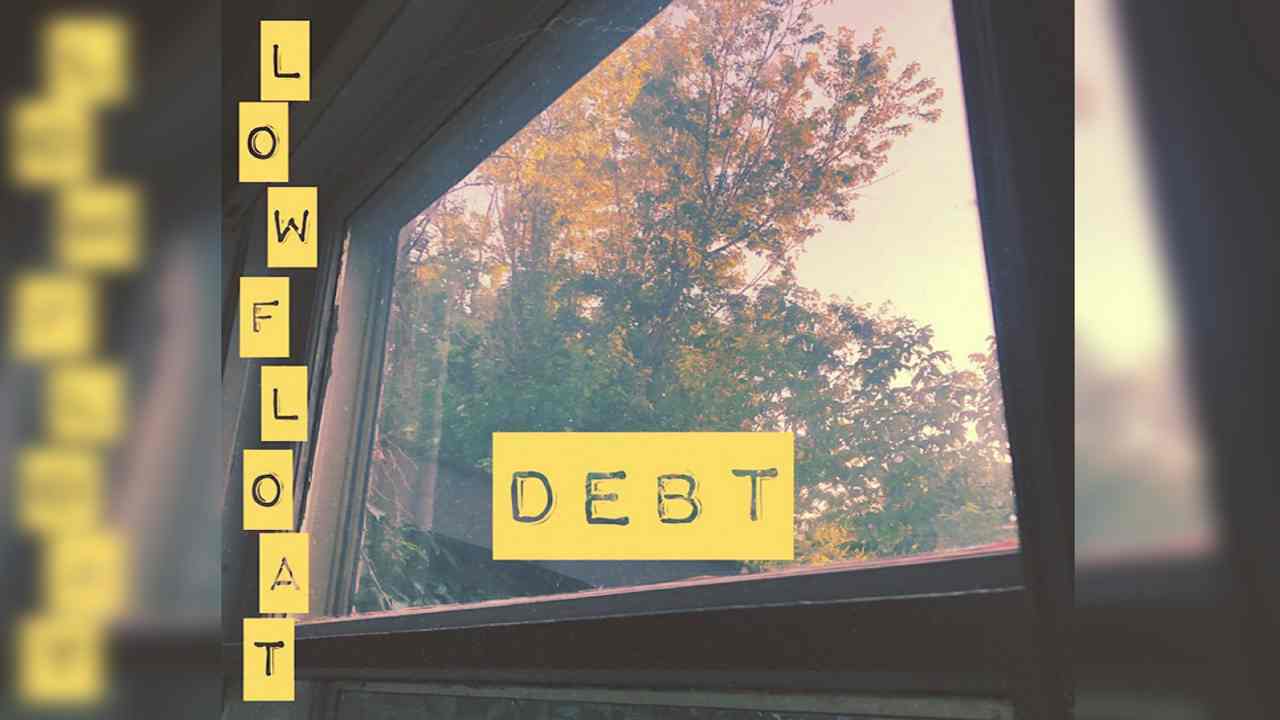 Low Float, aka Gabe O'Brien-Szczesniak, recently released "Debt," the new single from his debut album "For Your Dreams", and to celebrate we asked him to tell us about the song. Here is the story:

As opposed to the rest of the songs on the record, Debt actually came to life in my bedroom upstairs at my parents house. I only had the chorus done for a very long time. I started with the drum loop (pretty much all songs on this album are centred around a drum loop) then I added bass and vocals and I added in the keys. It pretty much stayed like that, stagnant, until I moved into my first upper-floor apartment with my girlfriend where the rest of the music was created.

A huge part of the reason why we chose that particular apartment was for its attic. Massive in contrast to the rest of the place, it was a perfect sanctuary for privacy and creativity. It had beaten up wooden floors painted blue, low slanted ceilings and a tiny skylight. We set up sh*tty color-changing LED rope lights and blasted music past midnight. Our downstairs neighbour worked midnights and was always gone by 11pm so everything was cool with him too. This was a pretty sweet setup until 3 months into our lease when he got a roommate...

I never met her, well not really anyway. Being unaware of that she had even moved in I continued making my music late into the night. This all came to an abrupt halt when this new housemate kindly smashed on my door at 2am threatening to call the cops. So yeah, this was our introduction to our new neighbour..who I figured now thoroughly hated me. I now had to be aware of 2 seperate sleeping schedules occurring below me, and had to do my best not to be an a**hole neighbor but also had to get this record done. I often feel creative and ready to write when I finally get home from working all day, but I no longer could record at this time.

Not wanting to make enemies with our new housemate, I avoided writing at these times and we gave her our number so she could give us a heads-up if I was too loud. She must have ears like a fox. An angry fox. Even our speaking voices above her began to drive her crazy. So it became pretty clear it was too late to make amends. She had her mind made up about us. Eventually, she managed to get a cease & desist ordered against us. So that meant no more music or talking, or we get evicted. As you could imagine, this was problematic. I found it very difficult to write at this time. Stagnant again.

One night, not long before midnight, Natalie and I had just come home from work. We were making macaroni salad for dinner when there was a knock at the back door and it was the police, responding to a noise complaint. Funny enough, I remember the officers actually apologizing to US. This was the final straw for us. If we can't make macaroni salad, my chances of making music here were out the door. So we contacted our landlord and asked for a shortened lease. He kindly agreed, and we had an end date to the madness. Two months.

After the end date was set, I basically said f*** it and started working again. The brunt of the album was finished in that time frame, as well as the conclusion of Debt. In hindsight, the lyric "all my life I've been waiting for" might be referring to this moment in time. All my life I've been waiting for THIS MOMENT, being the completion of the album, and there's no way this angry, mean-spirited person is going to stop me.

Hearing is believing. Now that you know the story behind the song, listen for yourself below and learn more about the album here