Singled Out: Monotronic's Buy Yourself A Dream 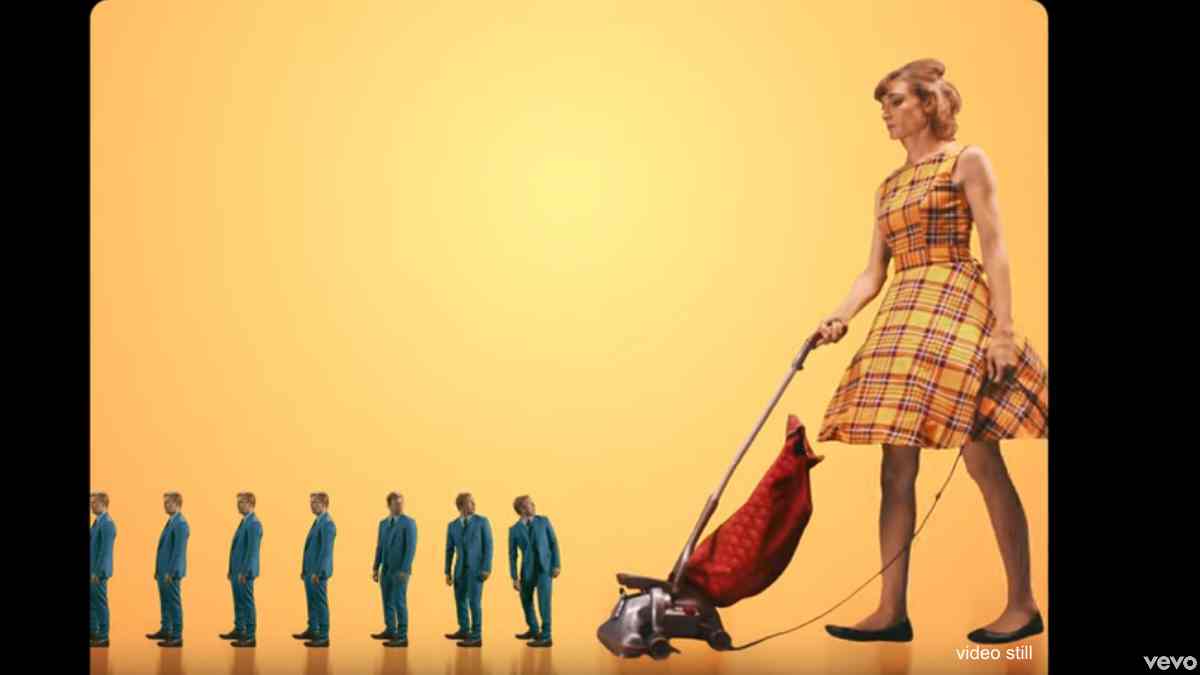 Monotronic just premiered the video for their new single "Buy Yourself A Dream" and to celebrate we asked Ramsey Elkholy to tell us about the track. Here is the story:

Buy Yourself a Dream was conceived in the winter of 2019 while sitting in an Indonesian warung on the island of Bali. Warung's are small, often family run, roadside restaurants where you choose the food through a glass casing, which is then brought out with lots of other side dishes (yummy!). I had heard the line "Buy Yourself a Dream" in a song some days before and had the idea floating around in my head. I sketched out some lyrics that day over a long meal and had a good chunk of the lyrics worked out by the time I got back to NY.

Some months later I showed the lyrics to Eric Sanderson (Augustines) and Justin Wands while working on some other songs at Harbor Studios in Red Hook, Brooklyn. We spent a couple hours polishing up the lyrics, working out the bridge, and started tracking the same day! Justin sang the main vocal on the track and Eric was instrumental in putting together the overall arrangement. The guitar intro was played on a small-scale mariachi guitar hanging on the studio wall. The strings hadn't been changed in years, but for whatever reason this old dusty guitar was exactly the sound I was looking for. The guitar and vocal tracking was surprisingly quick. Justin actually recorded most of the vocals in one take! I think we did one or two more takes, but in the end it was the first take that was used. Yula Beeri (Y&I) later came in to track the backing vocals in the outro, which really gave the vocals a nice balance.

We brought in Rob Allen (Augustines) on drums and Akos Forgacs to play the bass parts on a separate session. Akos is Hungarian and currently back in Europe hoping to renew his US visa. Like so many other accomplished musicians and artists, he's an unfortunate causality of our current immigration policies. Hopefully that all changes soon! We also brought in Kevin Bents (Dweezil Zappa, Steely Dan, Spin Doctors) to record the piano parts, which he did a wonderful job on. Having played with Kevin on many occasions over the past 5 years I knew he didn't need any micromanaging. I basically just told him to "play" and got out of his way! This resulted in a few solid takes with many variations and alternate passes, which gave us a lot of material to choose from. We later recorded the organ and some synth parts at Kevin's home studio in the West Village.

As with most music, a singular meaning can be difficult to put your finger on. Musicians often write songs with some idea in mind but then the song, as it evolves, starts to take on a life of its own. With that said, the basic theme of the song is about the letdown we often experience when we create goals for ourselves and then finally reach those goals only to find out that they didn't bring the happiness we hoped for. There's also a more subtle subtext going on in the song that tries to shed light on some of the tragic consequences that have resulted through our current way of life: the food we eat, the cars we drive, the electricity we use and so on. All have consequences for the planet as a whole. The video for the song tries to encapsulate this idea through a series of overlapping vignettes set in the 1950's/60's world of advertising - a time of great "prosperity" and equally great ignorance of the consequences associated with the modern lifestyle. The video was shot in LA and directed by Ben Kadie (Vulfpeck, Cory Wong). We were really happy with how it turned out!

Finally, the track was mixed by Michael Brauer (John Mayer, Coldplay) and mastered by Joe LaPorta (Foo Fighters, Vampire Weekend, Phoenix). They did an amazing job, which of course is no surprise (more Grammy's between them than I can count!). In fact, they mixed/mastered all four of these upcoming singles - all done remotely over the winter/spring during the Covid lockdown. Michael and I did a couple Zoom sessions to finalize the mixes, but for the most part I let him and Joe do their thing. Two of the four singles have been released - Kids of Summer and now Buy Yourself a Dream - while the remaining two singles should be out sometime by the end of 2020.

Singled Out: Monotronic's Buy Yourself A Dream