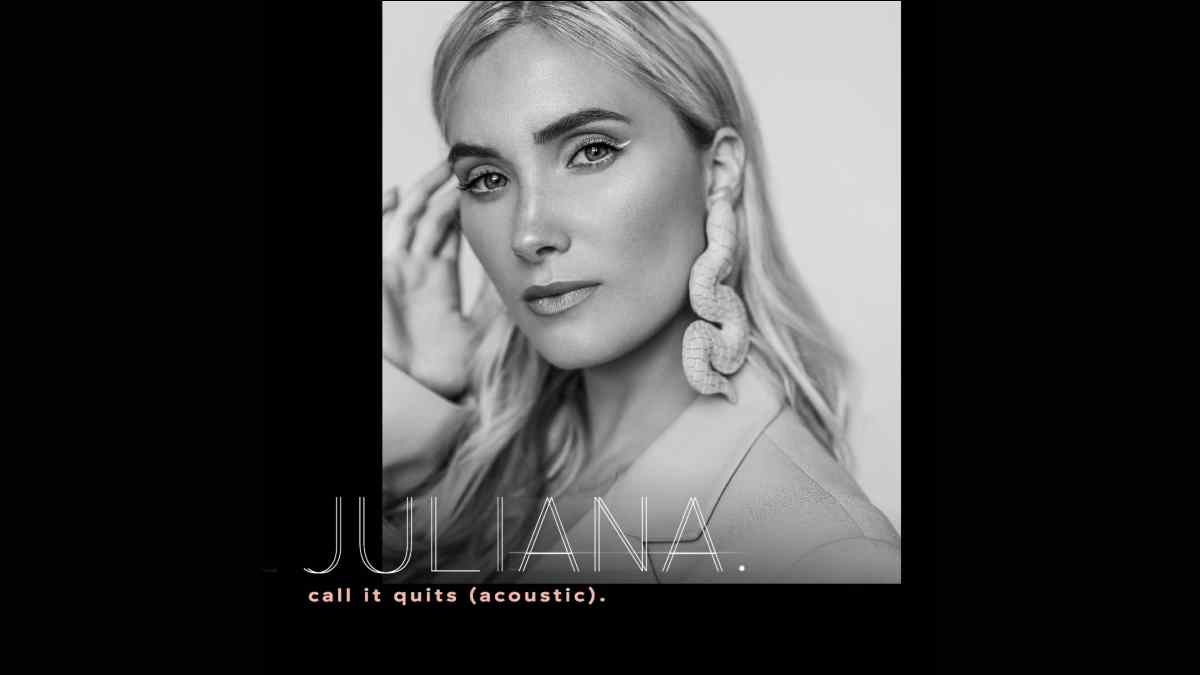 Juliana. has released a brand new live acoustic version of her debut single "Call It Quits". She released the official music video for the studio version of the track back in late September.

She said of this new version of the track, "Since 'Call It Quits' holds a lot of emotional weight, I'm feeling extremely humbled and honored to have the opportunity to release the acoustic version that gives people a different perspective on the track.

"When I originally wrote this song, it was fully stripped down with just my voice and my guitar, which inspired me to replicate that style in this acoustic live version so listeners can get a glimpse into the story behind the track and why I wrote it in the first place.

"This song for me was the closure I needed to move forward and grow into a more self-aware and happier person after having gone through a taxing and draining long-term relationship.

"My hope with this acoustic version of 'Call It Quits' is for my fans to connect with me on a deeper level and to peel back the complexities of my life experiences by going through a dark moment in my life and being able to come out of it stronger than before.

"This version of the song is meant to be raw, real, emotional, and powerful, because that's what I felt when I created the song. This is more than just a track to dance around to; this is also a song to relate to on an emotional and mental level and I hope people can feel that when they listen to the acoustic version." Check it out below:

Singled Out: JULIANA's Call It Quits

The Juliana Theory To Unplug For Festival Performance