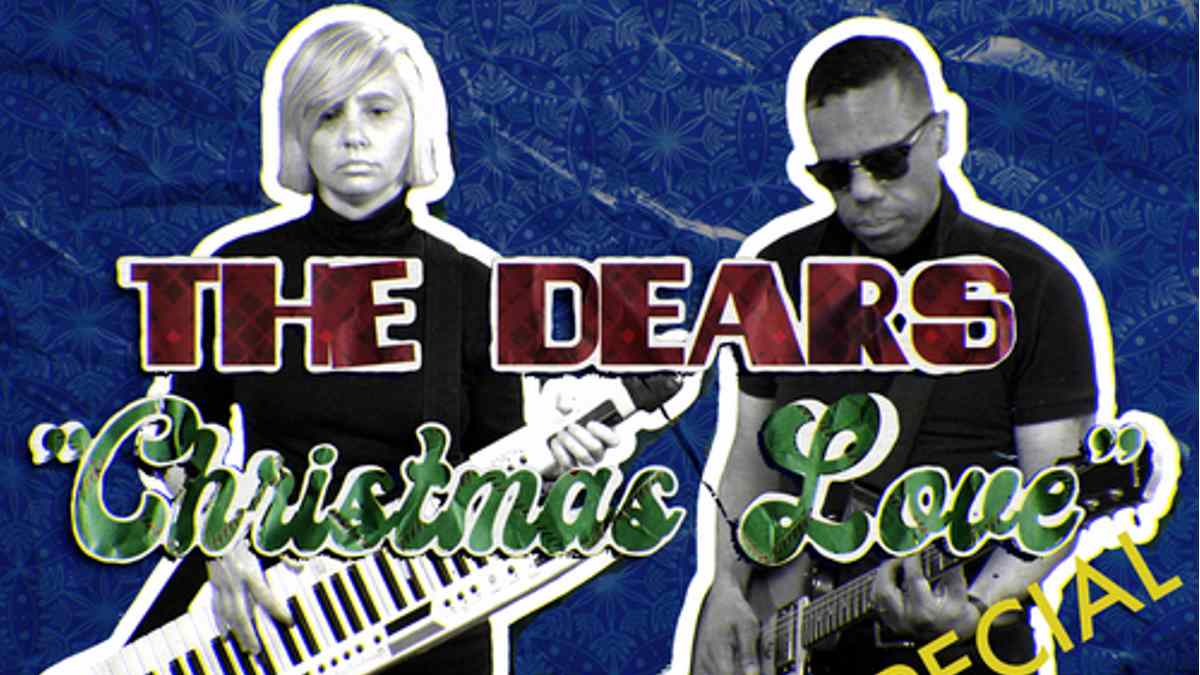 The Dears have released a music video for their new 7" holiday single "Christmas Love" and husband & wife duo have also announced a Christmas special.

The new single is available digitally and on 7" vinyl, with their rendition of "O Little Town Of Bethlehem" as the b-side. The video for "Christmas Love" was directed by AJ Korkidakis.

Murray Lightburn had this to say about the new song, "Natalia had the idea to write a song around Christmas and we had this one unfinished track sitting around from the 'Lovers Rock' sessions. We went back and forth on the lyrics and it came together pretty easily and quickly. Though it was kind of strange singing about 'snowplows' during a heatwave in the summer.

"We wanted to avoid some cliches like chestnuts and sleighs or whatever. Instead it's a very simple love song about how sometimes that time of year can highlight who you really want to be with and how that brings a huge smile to one's face as well as the warmest feeling. This is what we hope happens when people hear this song.

"When it was all done we sent it off to our guy Joao for mastering and I called our old pal Joe Ollmann to draw the cover."

Murray Lightburn and his wife Natalia Yanchak will also be hosting an intimate chat and acoustic performance announced called the Christmas Love Special on December 11 with an early showat 2pm EST and a late show at 9pm EST.

Watch the new video below:

The Dears Release Acoustic Is This What You Really Want Video

The Dears Release 'Heart Of An Animal' Video