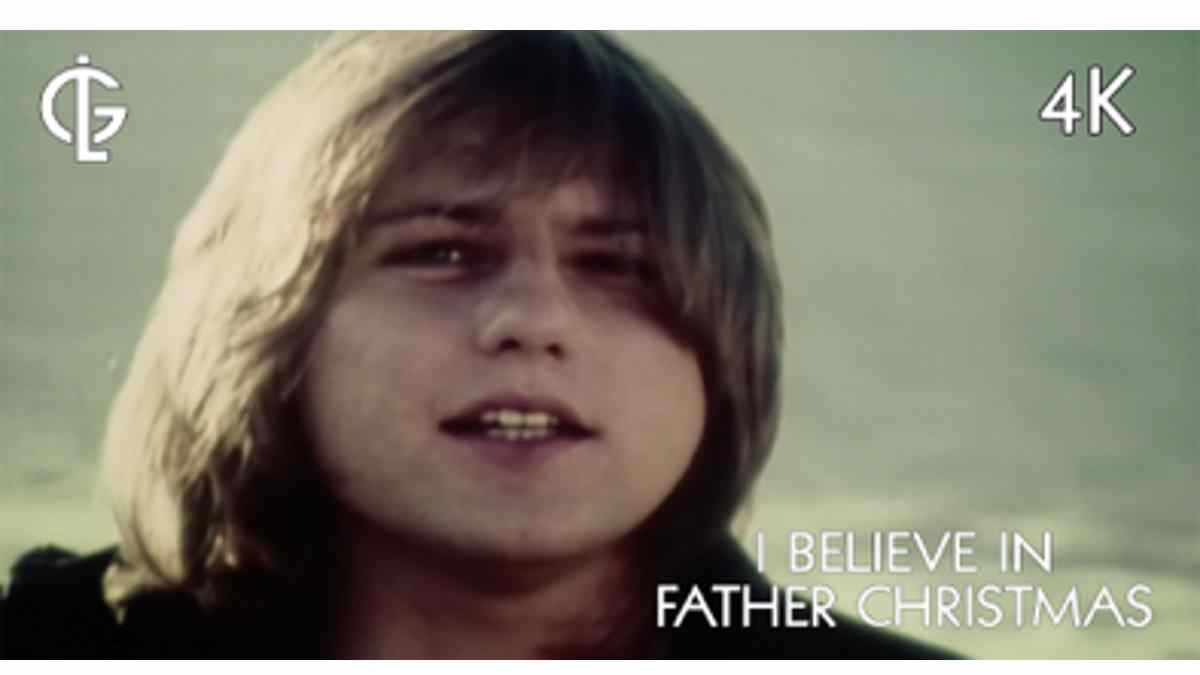 Greg Lake's classic video 'I Believe in Father Christmas' has been restored to 4K resolution and is now available online. The track is part of the new, career-spanning, Greg Lake 'Anthology'. We were sent the following details about the new version of the video:

, is due to be re-released for Christmas 2020 thanks to the restoration of the original video to 4K. The featured audio in the video is the 2015 master of the 'Original 1975 Single Version'.

Warm, catchy and one of the most enduringly popular Christmas songs ever, the single was originally a hit worldwide in 1975, reaching Number 2 in the UK charts and selling over 13,000 copies in two days only to be kept from the UK number one slot by Queen's gargantuan smash 'Bohemian Rhapsody'.

Greg, who died on 7th December 2016, aged 69, co-wrote the single with Pete Sinfield. Greg Lake was bassist, guitarist and singer with the trio Emerson, Lake & Palmer (ELP), while he and Sinfield had previously been members of progressive rock pioneers King Crimson

ELP's keyboardist Keith Emerson had encouraged each member of the band to come up with solo material, so in 1975 Lake teamed up with lyricist Sinfield to create something out of a "Christmassy" chord sequence Lake had written.

The result was thoughtful, but melodic too: a humanist, Christmas song that also manages to warm the cockles. By adding a snippet of twinkling sleigh-ride music by classical composer Sergei Prokofiev, they summoned the sparkle of Christmas, creating, as Sinfield has said, "a picture-postcard Christmas, with morbid edges".

Meanwhile, Emerson - whose love of classical music had led ELP into crossover adventures in their Moog-driven arrangements of pieces such as Mussorgsky's Pictures at an Exhibition - suggested inserting the Prokofiev snippet.

This new 4K version of the original promo video has been painstakingly and expertly restored from a recently discovered rare copy of the original film for 'I Believe in Father Christmas", which was shot partly on the Sinai Peninsula of Egypt and in the caves where the Dead Sea Scrolls were discovered. The video includes previously unseen footage from the Vietnam War and was directed by Arnould Schwartzman who went on to win an Oscar in 1982 for his film Genocide. Watch the video below: