Ringo Starr and His All Starr Band Live In Chicago 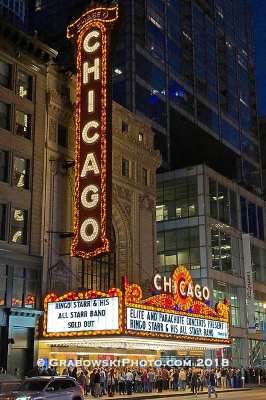 The historic Chicago Theatre was lit up with the famous marquee proudly displaying 'Ringo Starr and His All Starr Band - Sold Out', the crowd wrapped around the block with eager anticipation to enter the famous Chicago landmark and gaze upon a living legend, the magic and excitement was overwhelming. The crowd varied in age from quite young to young-at-heart and as the most famous drummer in all of history, was about to host a musical on-slaught with some of the best musicians ever assembled. As Ringo sauntered onto the stage, he opened the show with "Matchbox," a Carl Perkins number covered by the Beatles following it up with his solo single "It Don't Come Easy", and the Beatles hit "What Goes On." Playing very light-hearted with the audience, he was very engaging and flashing his famous peace sign with his fingers as he made eye contact and slapped hands with a few very fortunate individuals. For playing a number of cities back to back and performing every night, he had the energy and vigor that would rival any at more than half his age. 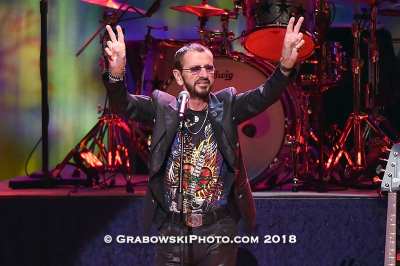 After a few opening numbers and his playful banter, Ringo got behind the drum kit as Graham Goldman shined on the mic, with a rendition of 10cc's "Dreadlock Holiday." The spotlight then went to keyboardist Gregg Rolie and a take on Santana's "Evil Ways." This number was well received as I heard gasps from all around stating, 'I love this song'. 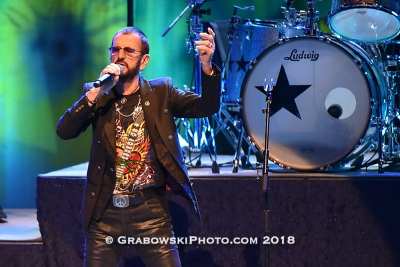 Steve Lukather stepped up for an updated and an extended jam of Toto's "Rosanna." With these All Star musicians breathing a new life into a timeless classic. Colin Hay followed Lukather by tearing into Men at Work's "Down Under." Lukather made mention how he wished he could sing like Colin. 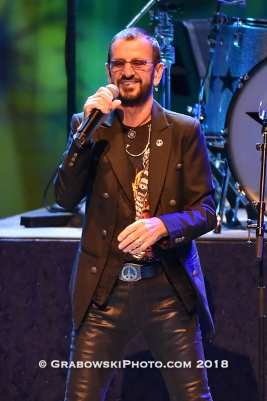 This all works so wonderfully as in professional sports when there is an All-Star game, you witness some of the best players doing what they do best. Ringo has been assembling his All Stars since 1989 and having seen some past performances, there is no question that these are some of the finest musicians to ever play their respective instruments. The tasteful licks and smooth style that Lukather brings with his guitar playing is something extraordinary. He is simply a perfect fit and even Carlos Santana would be in awe watching him play the solo in "Black Magic Woman" 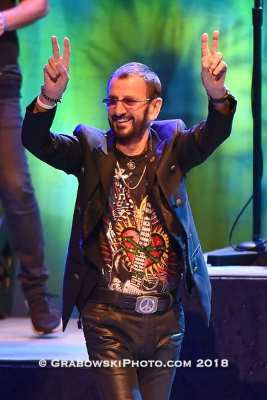 Of course when the man of the hour plays "Boys", "Don't Pass Me By", and everyone's favorite sing-along "Yellow Submarine", the excitement goes to the next level as you are witnessing a true legend who still seems every bit as excited to sing them to his adoring fans. Singing "I'm Not In Love" Graham Goldman made mention that everyone would know this one. He was certainly correct and while it may have been awhile since I heard it, it brought me back to a time of grade school dances and by the looks of couples swaying in their seats, I wasn't alone with that flashback. It was truly a welcome surprise and hearing it live was incredible and it's one of those songs that I kind of wish would get covered by someone that's popular currently like Weezer did with Toto's "Africa" which was made mention of when Lukather took us on that musical safari. 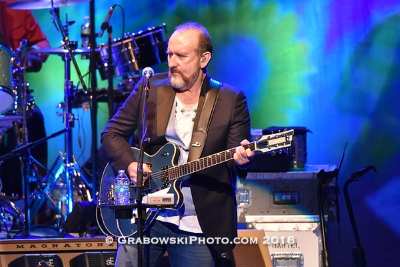 As the evening wound down, "Act Naturally" and "With A Little Help From My Friends" capped off an evening of peace and love as the group came together for a verse of "Give Peace A Chance". Ringo thanked everyone for coming and having a good time and a good time was had by all. Ringo is part of the music that shaped what music is today and by the smiles on the faces of those leaving the building, this is one Starr that will continue to shine. 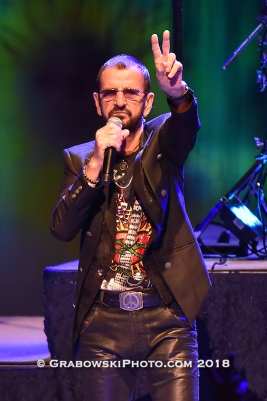 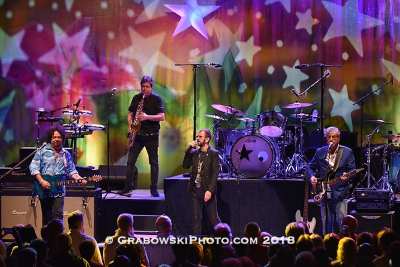 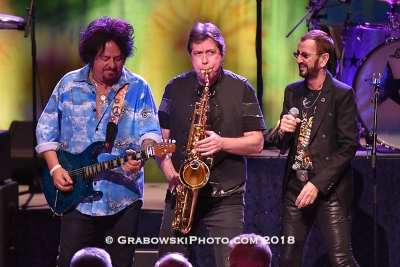 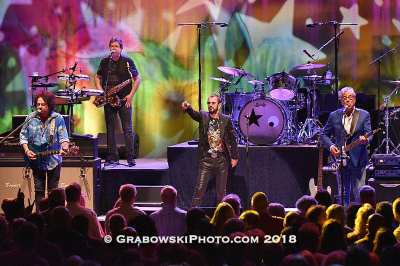 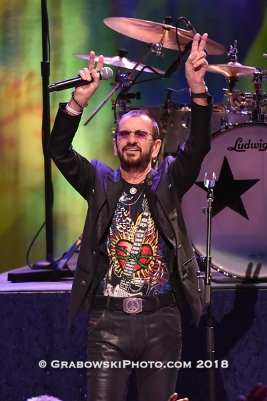 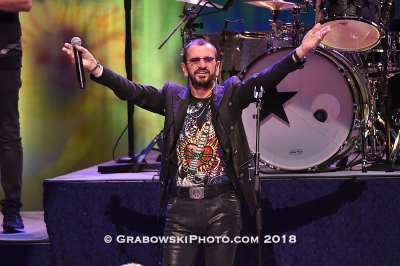 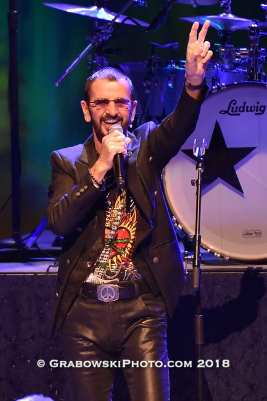 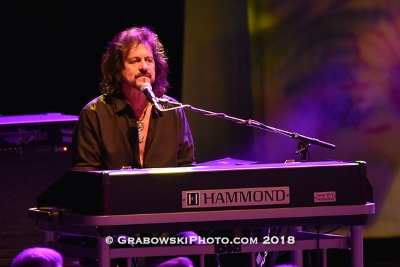 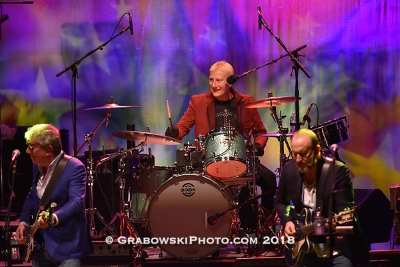 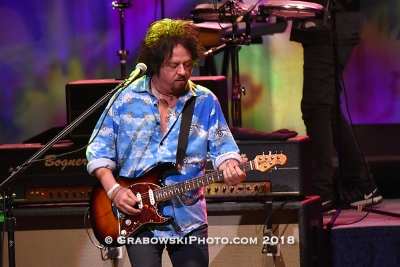 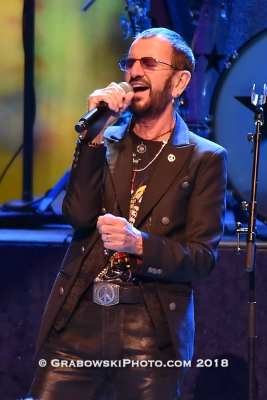 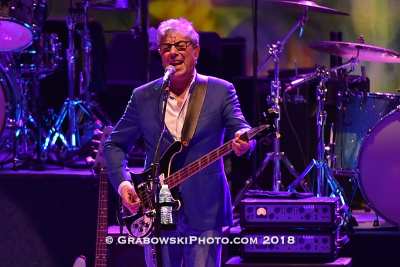