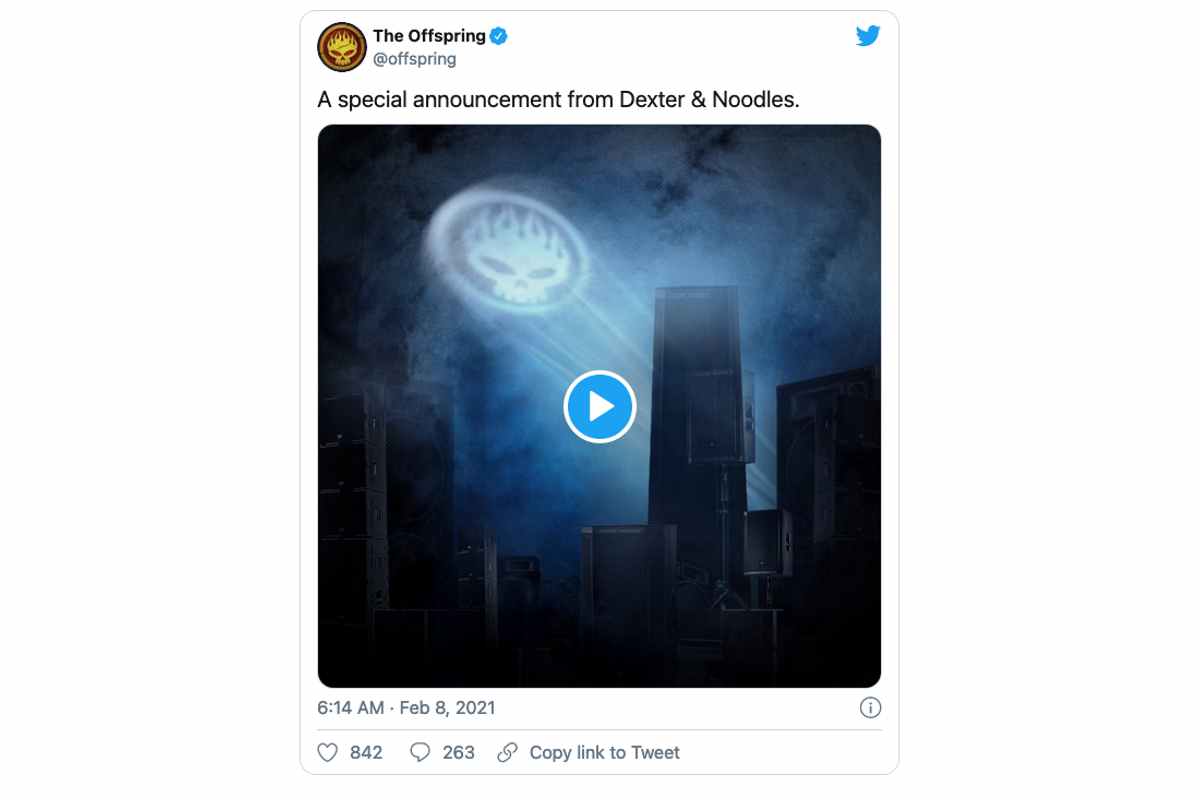 The Offspring have taken to social media to share big news that they finally have a release date for their long-awaited follow-up to their 2012 album "Days Go By".

The new studio record, the band's tenth album, was once again produced by former Metallica producer Bob Rock, who worked with the band on their previous two records.

Dexter also shared, "We have a release date, and we're going to talk about all that stuff when the label lets us." Check out the video here.

The Offspring Get Animated For 'Behind Your Walls'

The Offspring Music and Merch