Heart In The Studio For 'Dreamboat Annie's 45th Anniversary 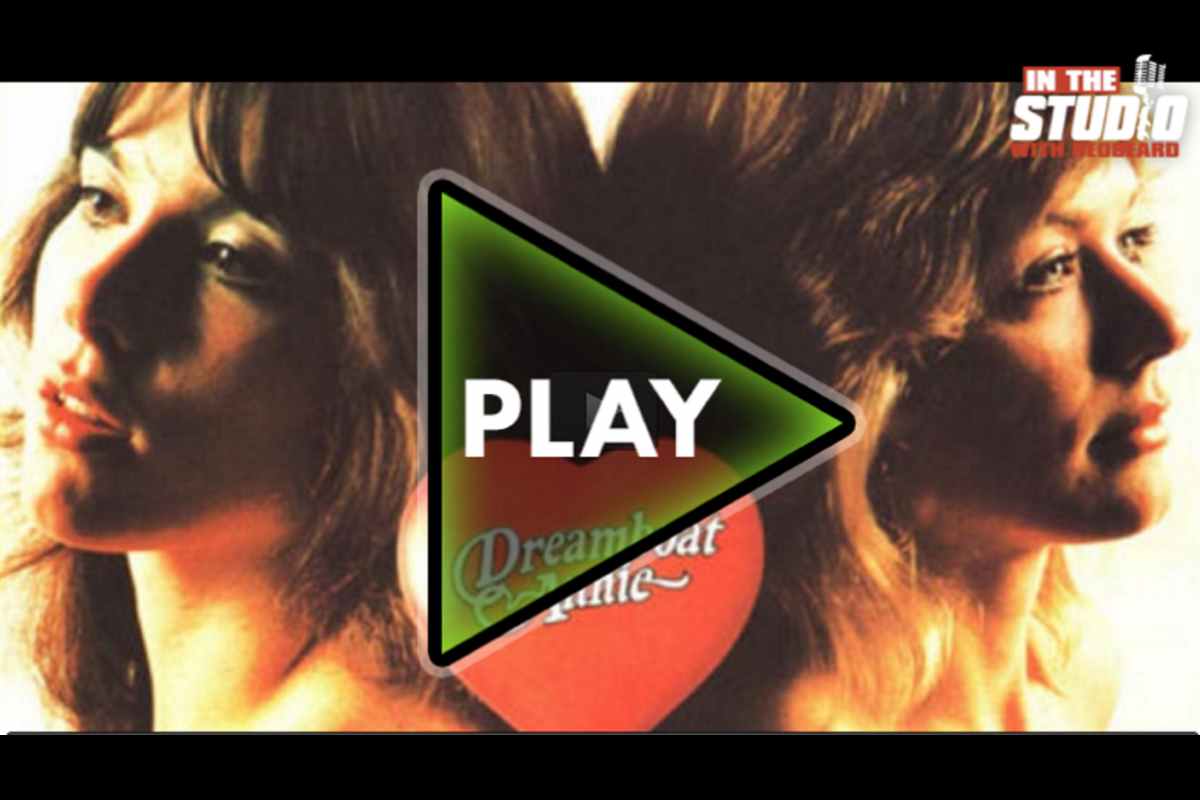 The 45th anniversary of Heart's iconic Dreamboat Annie album is being celebrated by the syndicated radio show In The Studio With Redbeard this week.

The show's host Redbeard had this to say, "It is the forty-fifth anniversary of Heart's Dreamboat Annie . If there is a real-life Cinderella story in classic rock, this is it. Talk about 'indie credibility'? These ladies wrote the book. When Heart's 1976 debut Dreamboat Annie containing 'Magic Man', 'Crazy on You', 'White Lightning and Wine', and the languid title song was released on Valentine Day 1976 on tiny Canadian label Mushroom Records, it was simply because not one major U.S. label was interested. After countless bar gigs throughout the Western Provinces, Heart sold 30,000 copies literally from the trunk of their car before getting regional distribution across the border in Seattle, where the Wilson sisters Ann and younger sibling Nancy had settled with their military family, which moved often (dad was a Marine officer). It is apparent in this interview that the transient nature of that life, and the impermanence of friendships, resulted in the Wilson sisters looking to each other for a loyal enduring bond that would last regardless of time, place, or circumstances.

"It was not my first volcano ( no, that would have been a few months earlier on my honeymoon in Hawaii). But it was breathtaking and unforgettable. This was a late Saturday early September morning in Seattle, or more accurately at that very moment, Snohomish, as I had missed the exit to Heart singer/ songwriter Ann Wilson's house and was halfway to Canada. Now I had turned the rental car around headed in the right direction and there it was: Mt. Ranier in all of its snow-capped glory silhouetted against the bluest sky this side of Maui. It was a good omen for one of my favorite In the Studio episodes ever. The scheduled noon classic rock interview with Ann Wilson was held in her quaint 19th century yellow and white-trimmed wooden house on the secluded wooded hilltop, an historically preserved building which had hosted many colorful lives besides rockers and folkies as it had seen service as a brothel at one point. I even had the pleasure of meeting another non-performing Wilson sister, an indicator of just how closely knit the clan has always been, probably a direct result of Dad Wilson being a lifer in the Marines, which required mom and the girls to move multiple times when he was deployed.

"More than ten years passed between first meeting Ann and Nancy Wilson of Heart and my opportunity to do an in-depth interview with them, the first of many subsequent conversations. That initial meeting was backstage after an early Summer 1978 performance in Springfield MA, and their 1976 debut Dreamboat Annie had done the nearly impossible feat of breaking the band with their first effort in America, on a tiny Canadian indie label, no less. Heart was the opening band that night, but possibly a sign that this would not long be the case is the fact that I cannot recall who the headliner was, but it must not have mattered much at that time since we hurried backstage to meet these newest stars and stood in a receiving line for a few minutes with Ann and Nancy. Heart had just released their first album for venerable CBS Records, Little Queen , and there stood the Wilson sisters in the same medieval laced-bodice dresses in which they appear on the album cover and had worn on stage earlier that evening. Ann was wide-eyed and smiling while Nancy appeared thin, delicate, and demure, but their poise and charm was evident even then.

"Over a decade later, as I exited Ann Wilson's charming yellow clapboard house with white trim atop a tree-covered hill in Seattle ( a historically significant late 19th Century structure which Ann claims was at one time a brothel), I had thoughts of the myriad of career successes and hurdles that the Wilson sisters had experienced by then. Ann's quick wit and hearty laughter has certainly grown more keen and incisive over time, while Nancy has clearly become more confident and fully her big sister's equal in leading Heart, but the gracious charm they both exuded on that first U.S. tour.

"For the first, and as it turned out, only time in our many conversations over three decades, guitarist/ singer/ songwriter Nancy Wilson was interviewed in Los Angeles separately from big sister Ann here, as she had just married rock journalist Cameron Crowe back then, whose star as a Hollywood screenwriter/ director was on the rise, and Nancy's lovely appearance was a natural fit for some cameos as well. Together Ann and Nancy Wilson's real life rock Cinderella story, times two, of Dreamboat Annie has always remained one of my all time favorites in the history of In the Studio." Listen to the episode here.

Singled Out: A Cure For Love's Anor Londo, My Heart Burns for You