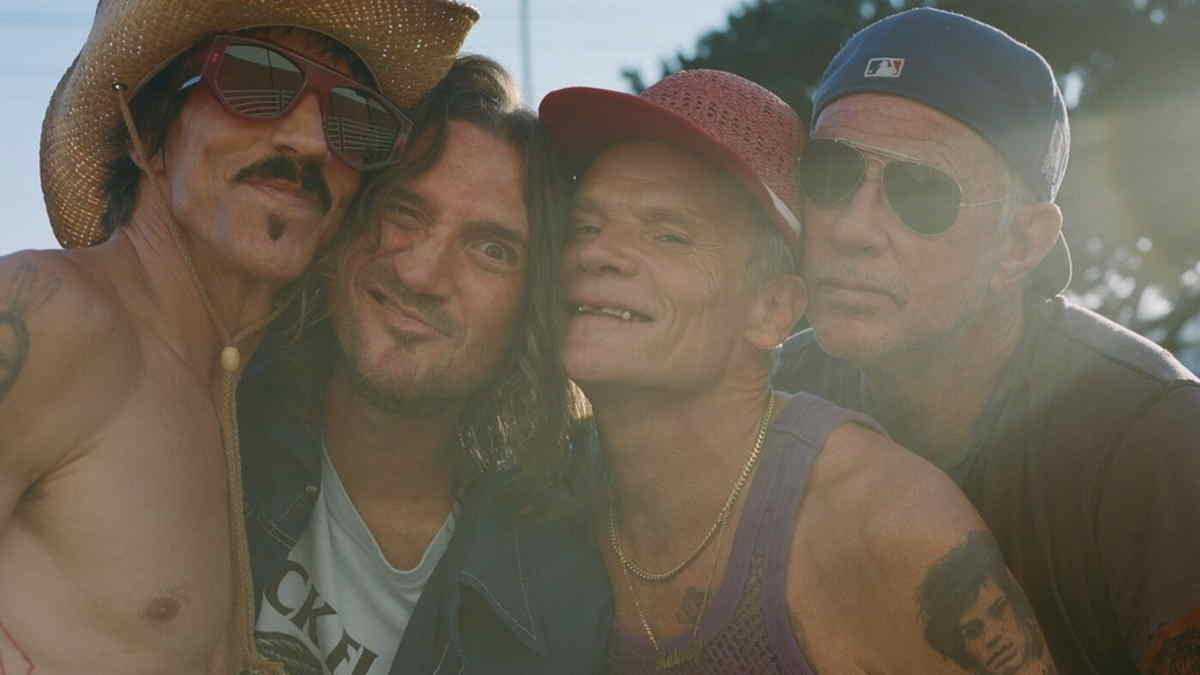 (hennemusic) The Red Hot Chili Peppers have announced that they will launch a world tour in 2022. The group revealed the initial timeline for the series to begin in a faux-news video that saw singer Anthony Kiedis, bassist Flea and drummer Chad Smith as characters in the roles of broadcasters, with guitarist John Frusciante playing himself and interviewed about the band's plans. "We're going to do a tour starting in June 2022," shared the guitarist. "The US leg will start in July 2022."

The tour will see Frusciante's return to the lineup following a ten-year absence after the group announced in December 2019 that they had parted ways with Josh Klinghoffer, who joining the Peppers in 2009; he played on 2011's "I'm With You" and 2016's "The Getaway" - both reached No. 2 on the US Billboard 200 and topped the charts in several countries - and appeared on a number of EPs issued in the past decade.

The reunion marks Frusciante's third stint with the group, after a four-year run that began in the late 1980s and a decade-long tenure that started in the late 1990s.

Smith confirmed in January 2020 that the Red Hot Chili Peppers were actively working on new album with Frusciante; more details about the tour will be announced soon. Watch the announcement video here.