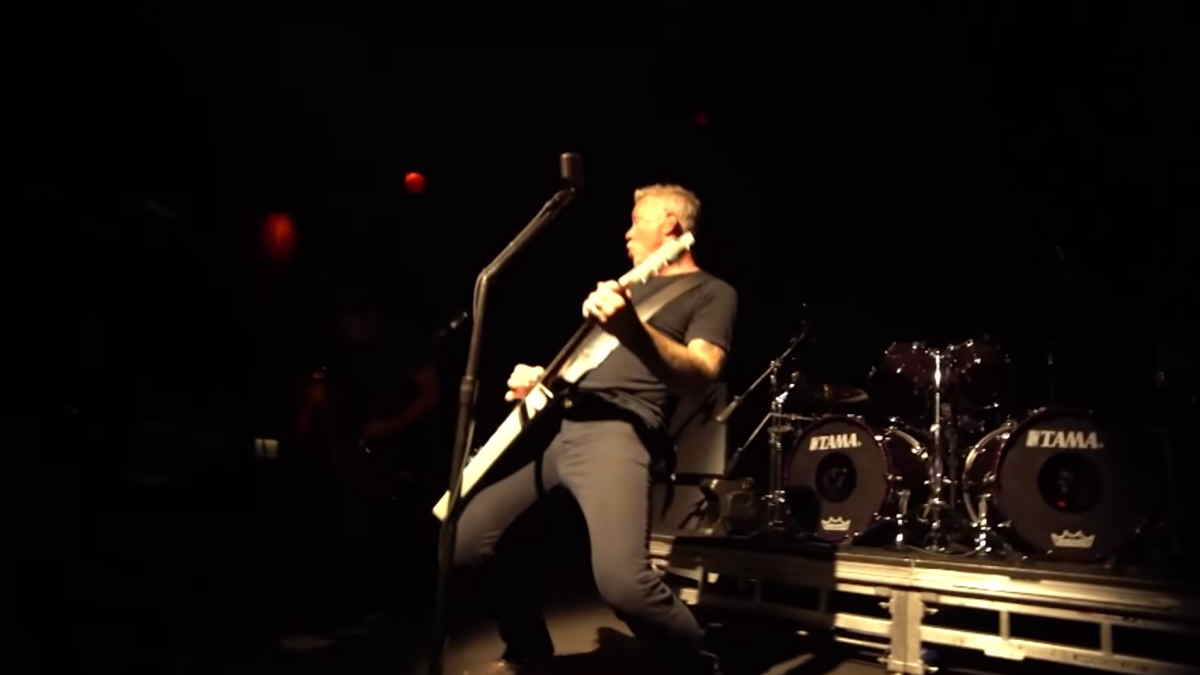 (hennemusic) Metallica are streaming pro-shot video of a performance of their 1984 classic, "Creeping Death", that was filmed during their rare club show in San Francisco, CA on September 16th.

The track from the group's second album, "Ride The Lightning", was featured as part of the band's first live show in front of an audience in 738 days when they took the stage at The Independent.

The club in Metallica's hometown put single wristbands for the 500-capacity venue on sale in the afternoon for $20 each, and they quickly sold-out within an hour. "Creeping Death" follows "Whiplash" as the second tune issued by the group from the San Francisco date, which marked the first of two last-minute club gigs by the band in a week; they also played The Metro in Chicago, IL on September 20 as they promoted the newly-released series of 30th anniversary editions of their 1991 self-titled album classic.

Opening week sales for The Black Album reissues helped the record return to the US Top 10 for the first time in 29 years. Watch the videohere.