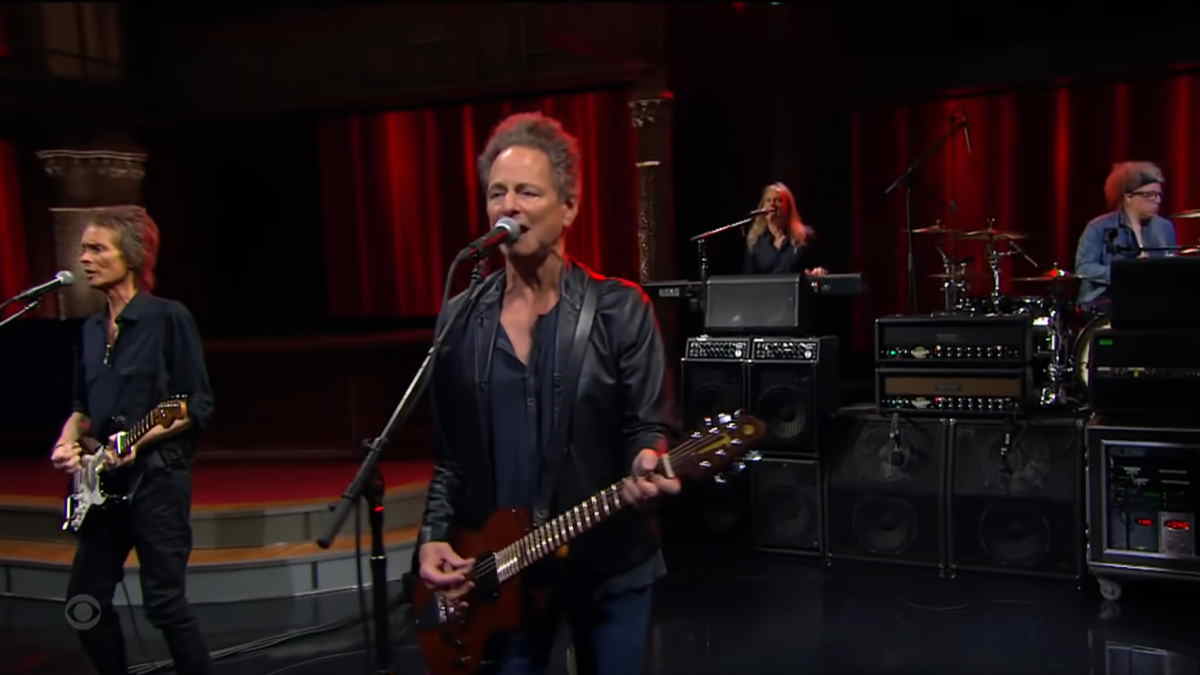 (hennemusic) Lindsey Buckingham performed his 2021 single, "On The Wrong Side", on the September 16 episode of CBS-TV's The Late Show with Stephen Colbert.

The appearance was in sync with the guitarist's newly-released self-titled album, which he recorded and produced at his home studio in Los Angeles over the past few years.

"On the Wrong Side" is about the peaks and valleys of life on the road with Fleetwood Mac," explained Buckingham recently, "and sports one of the album's most thought-provoking lyric: 'We were young, now we're old / Who can tell me which is worse?' The song evokes 'Go Your Own Way,' in that it's not a happy song, subject-matter wise, but it was an ebullient song musically. This was sort of the same idea."

Buckingham was fired from his longtime gig with Fleetwood Mac in 2018 and successfully sued the group over his dismissal in a lawsuit that was settled later that same year.

The rocker recently launched a US tour that is scheduled to run into late December. Watch his performance on Colbert here.