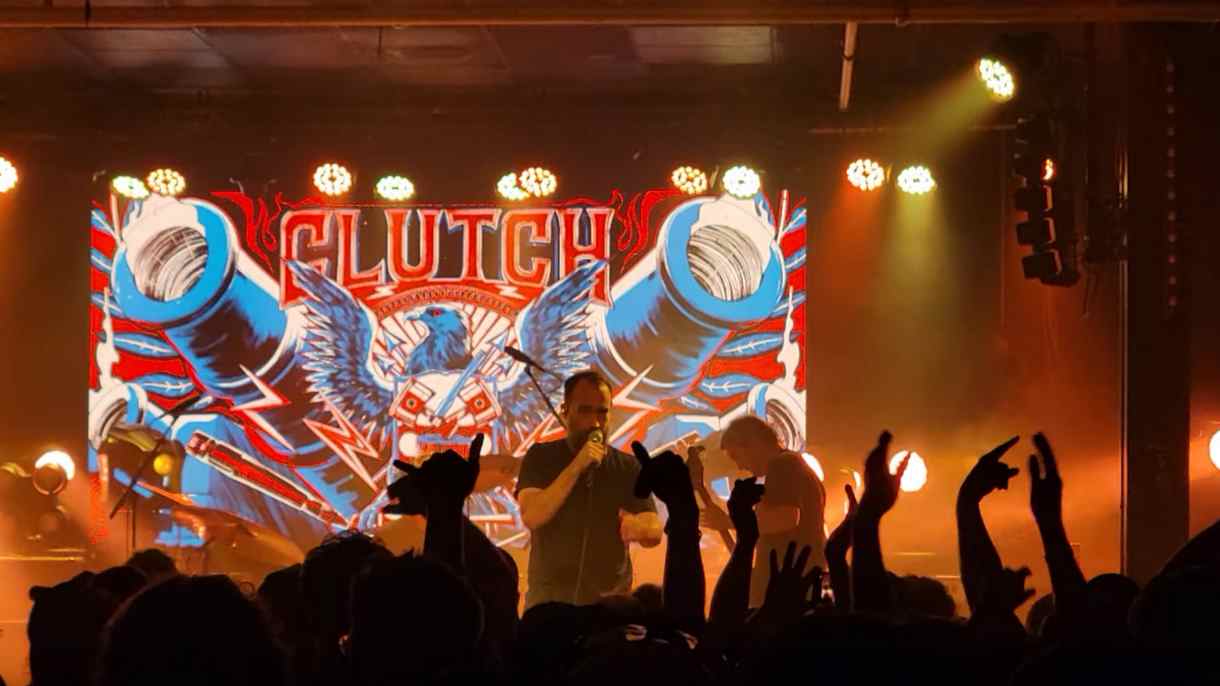 (hennemusic) Clutch performed the live debut of a new song, "Boss Metal Zone", during a September 11 concert at Reverb in Reading, PA, and fan-filmed footage from the tune is available online.

On the road this fall - thirty years after their formation in Germantown, MD in 1991 - the group continue to maintain a focus on live shows and new music.

"We figured that sometimes when a band has an anniversary," singer Neil Fallon told the crowd in Reading, "it's expected that there'll be, like, some kind of nostalgic retrospective/walk down memory lane ... no thank you.

"We figured the best thing to do was to write another rock and roll record; sometime this fall we're gonna record it," he continued, adding, "We're going to beta-test a song on you right now" as the band launched into the track.

"Boss Metal Zone" marks the third new song heard by fans on Clutch's current trek, following the debut of "Strive For Excellence" at the Alaska State Fair on September 5, and "Nosferatu Madre" in Norfolk, VA on September 8. Check out fan filmed footage of the "Boss Metal Zone" performance here.