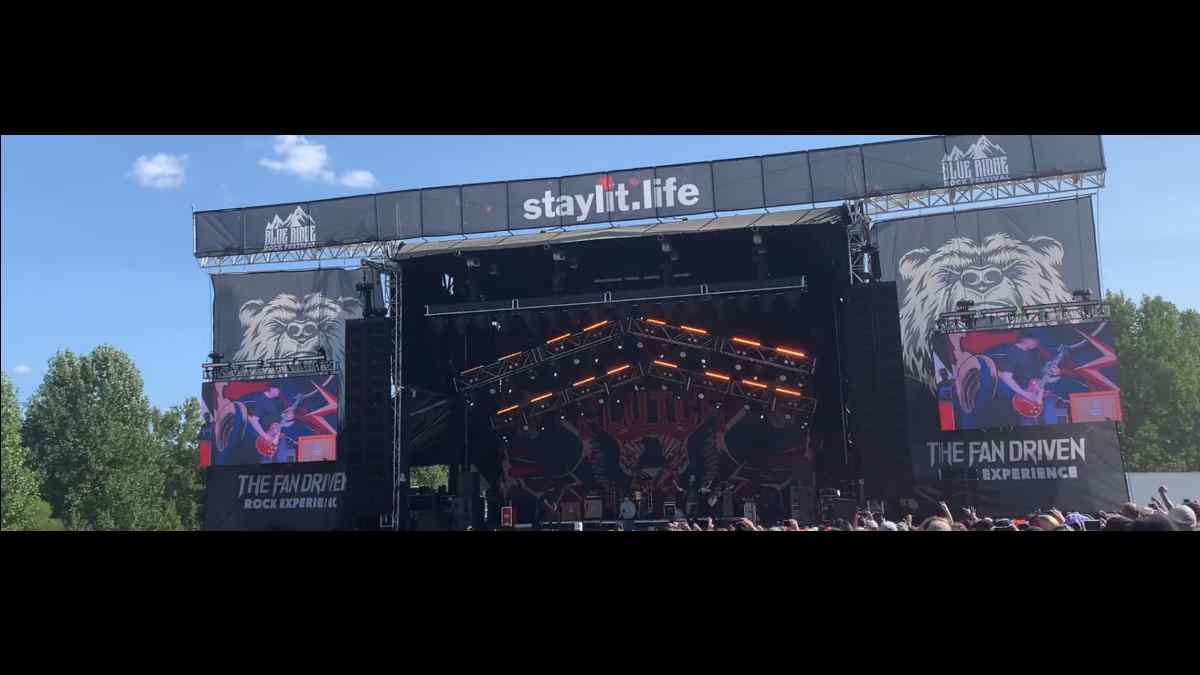 (hennemusic) Clutch performed a new song, "Nosferatu Madre", during a performance at the Blue Ridge Rock Festival in Danville, VA on September 10, and fan-filmed video from the event has surfaced online.

The Virginia gig marked the song's second live appearance on the Maryland band's fall tour, following its debut in Norfolk, VA on September 8, according to setlist.fm.

"Nosferatu Madre" is the second new Clutch song to be played during the series, after the band debuted "Strive For Excellence" during a September 5 performance at the Alaska State Fair in Palmer, Alaska.

Clutch's most recent studio album is 2018's "Book Of Bad Decisions"; the group are currently joined on the US trek by Stoner - the brand new band featuring Brant Bjork (Kyuss) and Nick Oliveri (Qeens Of The Stone Age, Kyuss) - and Telekinetic Yeti.

"We are incredibly excited to hit the road again," said Clutch before the tour opener. "We've missed the shows, the fans, the venues and the opportunity to watch the other bands we share the stage with. It's going to feel like our first show all over again and we can't wait! Come out and let's make some rock and roll!" Watch the video here.