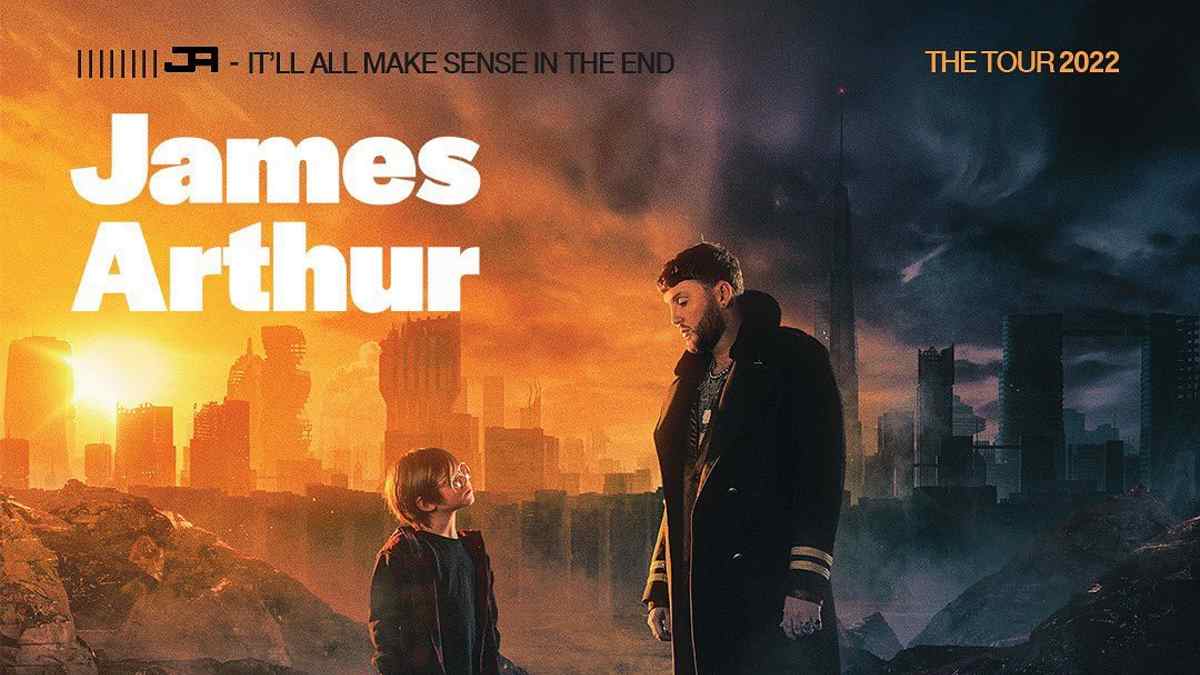 James Arthur has announced that he will be hitting the road early next year for his It'll All Make Sense In The End Tour that will visit the UK and North America.

The U.S. and Canadian leg will be kicking off on April 21st in Seattle, WA at the Neptune Theatre and will conclude on May 20th in New York City, NY at Pier 17.

Arthur is launching the tour in support of his forthcoming album, "It'll All Make Sense At The End," which will be hitting stores on November 5th. Tickets for the tour will go on sale this Friday, September 17th at 10am local time.

He had this to say, "I'm beyond happy about getting back on the road and seeing everyone again. Playing shows for my fans gives me life and that's been taken away for the best part of two years so needless to say I'm itching to get back out there and perform for them again. Coming to a stage near you soon!"