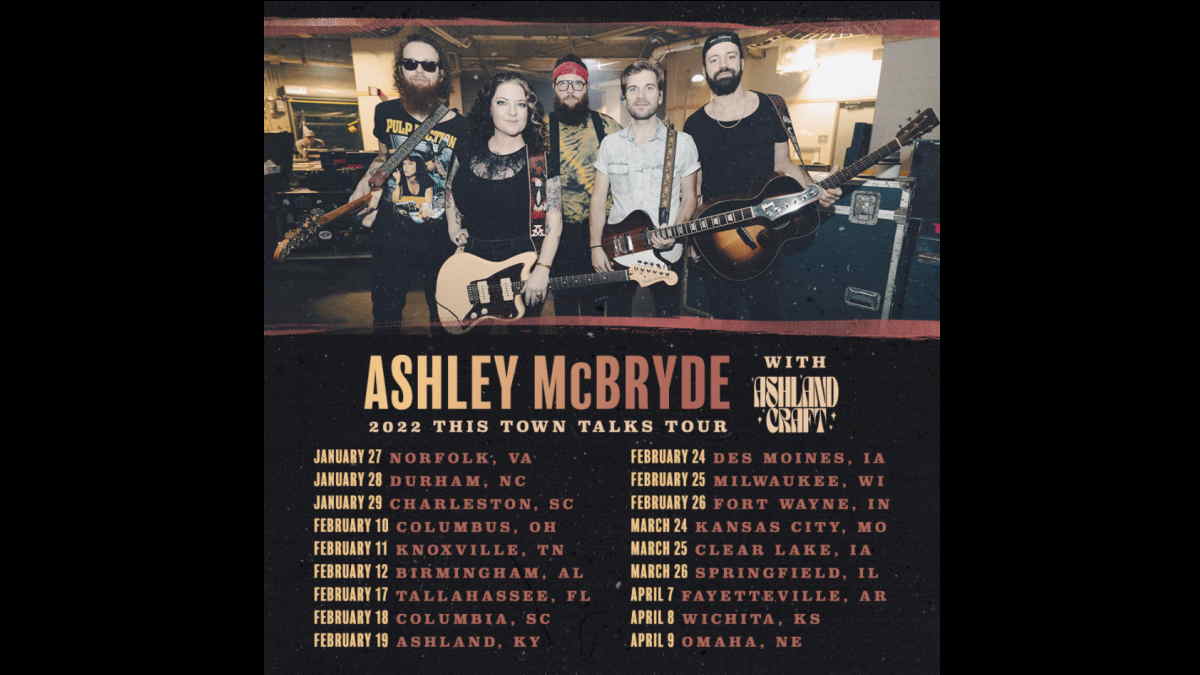 Ashley McBryde has announced that she has added 18 additional dates to her This Town Talks Tour that will feature support from Ashland Craft.

The new dates begin on January 27th at the The NorVa in Norfolk, Va and run until April 9th where she will wrap things up at The Admiral in Omaha, Nebraska.

The upcoming previously announced dates will begin November 12 at The Eastern in Atlanta, GA and include Priscilla Block as support until the January 8th stop at The National in Richmond, VA, with Ashland Craft taking over the opening spot beginning in Grand Rapids. See the dates below: