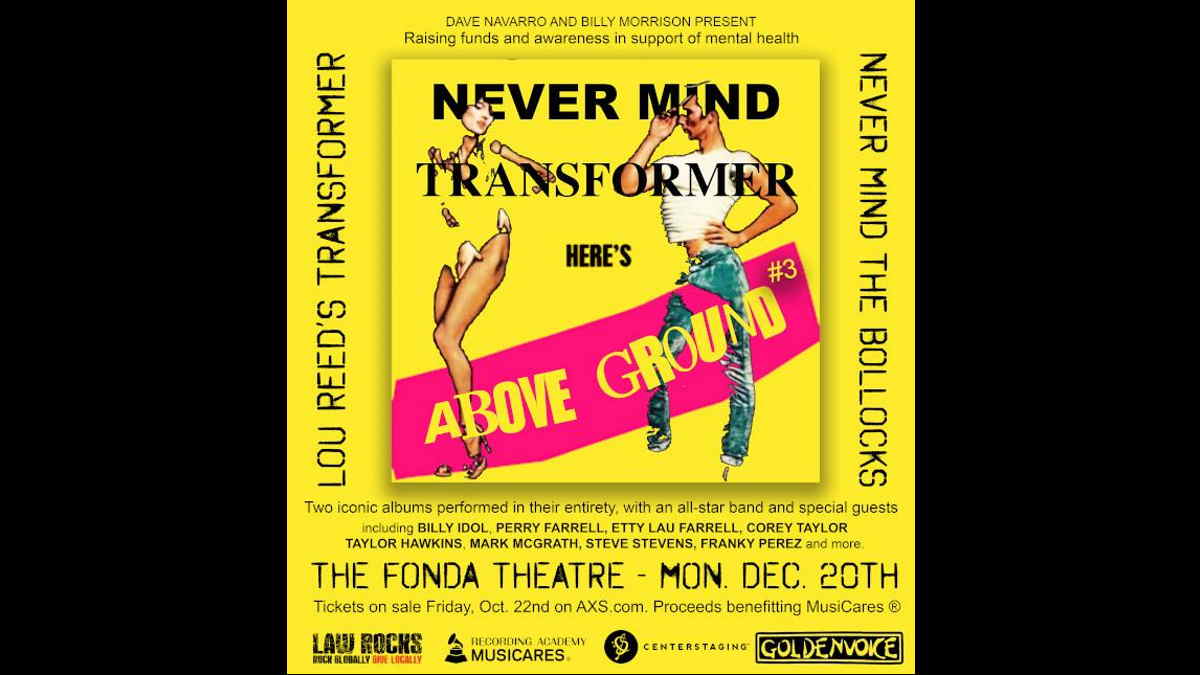 Jane's Addiction's Dave Navarro and Billy Idol's Billy Morrison have announced the return of their all-star benefit concert Above Ground, which will be taking place at the at The Fonda Theatre in Hollywood, CA on December 20th.

They will come together to celebrating two iconic albums: Lou Reed's Transformer (1972) and Sex Pistol's Never Mind The Bollocks, Here's The Sex Pistols (1977).

Tickets for the concert will go on sale this Friday, October 22nd and the event will raise funds for MusiCares. Executive director for the organization, Laure Segura had this to say, "We are so grateful for Dave and Billy's support of MusiCares with this incredible benefit concert, and for their continued support of our mission over the years.

"The proceeds from this event will help music professionals who need various kinds of support, from physical and mental health, addiction recovery, preventative clinics, and more."

Check out a promo video from Billy and Dave discussing the special event below: