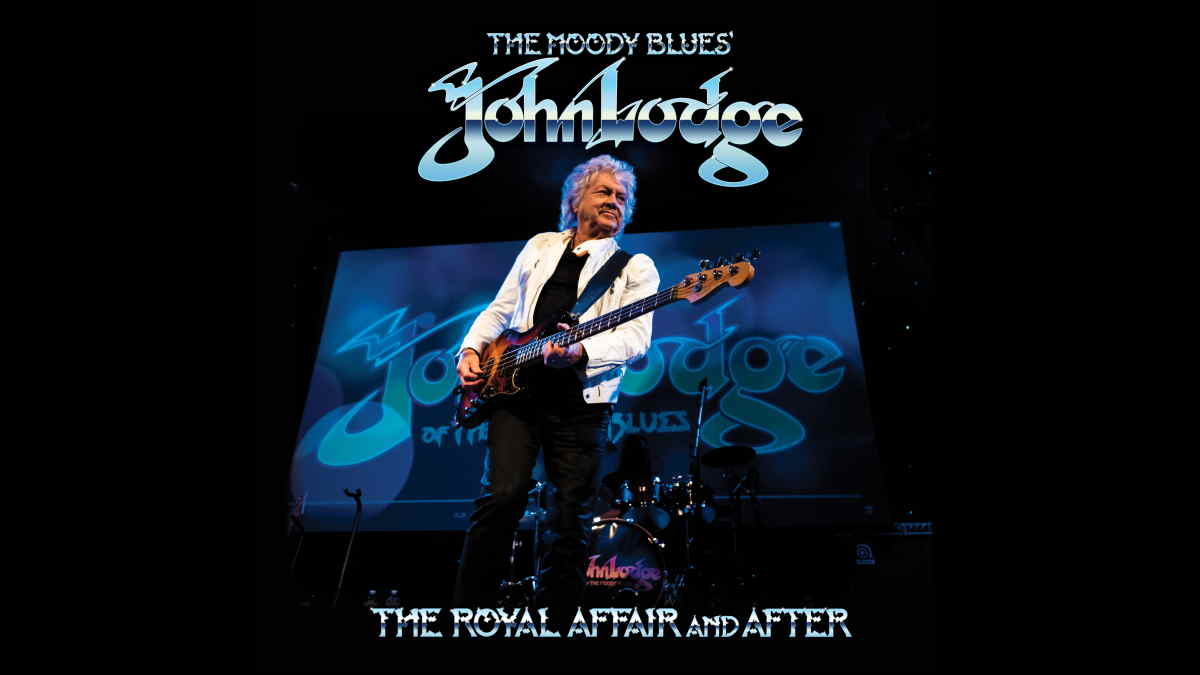 (Chipster) The Moody Blues icon John Lodge has announced that he will be releasing a new live album entitled 'The Royal Affair and After' on December 3rd on CD and digital download, followed by a limited edition blue vinyl on January 28, 2022. We were sent the following details:

It features incredible new live recordings of all his Moody Blues hits, plus special tributes to all his bandmates, Graeme Edge, Justin Hayward, Mike Pinder and Ray Thomas. John is delighted to release this album, an album that encompasses the songs that he describes as being 'the soundtrack of his life', and continues in his deeply-felt quest to 'Keep the Moody Blues music Alive'. The album was recorded live in Las Vegas on 'The Royal Affair Tour', with additional tracks recorded during his subsequent USA dates.

During the summer of 2019, Lodge was delighted to be part of the 'The Royal Affair Tour', with YES, Carl Palmer, Arthur Brown, and ASIA, and what followed was an epic summer. For John it was a unique opportunity to bring his electrifying show to both long established fans, and to those new to the Moody Blues. As one reviewer said, 'if you love The Moody Blues, checkout John live. He and the band put on a great show!'

The album comprises many of the incredible Moodies hits penned by Lodge, classics such as "I'm Just a Singer (in a Rock and Roll Band)," "Gemini Dream," "Ride My Seesaw," "Isn't Life Strange," and "Steppin' in a Slide Zone", plus the wonderful "Saved by the Music" from the Blue Jays album.

Also included is John's tribute to his friend Ray Thomas, with his version of 'Legend of a Mind'. John and Ray were friends from the age of 14 when they met on a bus and formed their first band 'El Riot and the Rebels'. In 1966 they reunited in 'The Moody Blues', when Ray called to ask John if he'd finished college and wanted to join the band!

The album also features a special recording of 'Late Lament', by the Moody Blues' drummer Graeme Edge. The poem originally appeared on the iconic album 'Days of Future Passed', and was written by Edge, but voiced by Mike Pinder. John was delighted when Edge agreed to record his poem for him. John's tribute to Mike is his rendition of 'Sunset', a new version that captures the mystical tone of Pinder's work.

Jon Davison of YES is also featured on the album and joins John and his band to provide lead vocals on 'Nights in White Satin'. During the 'Royal Affair' tour Davison would join John on stage for their 'encore' performance of 'Ride My See-Saw', and this began a friendship that would lead to John to invite Jon to join him on tour. For 54 years John has played this song at every Moody Blues concert, and loved playing the bass line that he wrote all those years ago, and with the Moody Blues no longer touring, this was a wonderful opportunity to play tribute to Hayward, and continue to perform this iconic song.

John wanted to feature the cello on this album as he felt that it would bring a naturally organic and acoustic symphonic quality to these new versions, and with a purity unmatched by any electronic device, allowing a rediscovery of songs such as "Isn't Life Strange."

John is delighted to release this album now. "When we first put together the set list my thoughts were on how I could continue to 'Keep the Moody Blues Music Alive' for the fans, I wanted to bring them the experience that they have loved for so long, and try and give them that full band concert feel with harmonies and orchestration. But this was before covid, before the challenges we have all faced, and before touring was shut down for 18 months. Now, when I think about the album, it has an even deeper meaning for me.

"I only hope that the fans will enjoy the album, and it will give them a moment to imagine themselves back in an audience at their favourite venue, surrounded by the music that is the soundtrack of my life, and it will help pass the time before we can all be back together on the road. As I've always said, the fans truly are the heart of the Moody Blues. They have travelled a long time with us, and I hope will continue to do so."