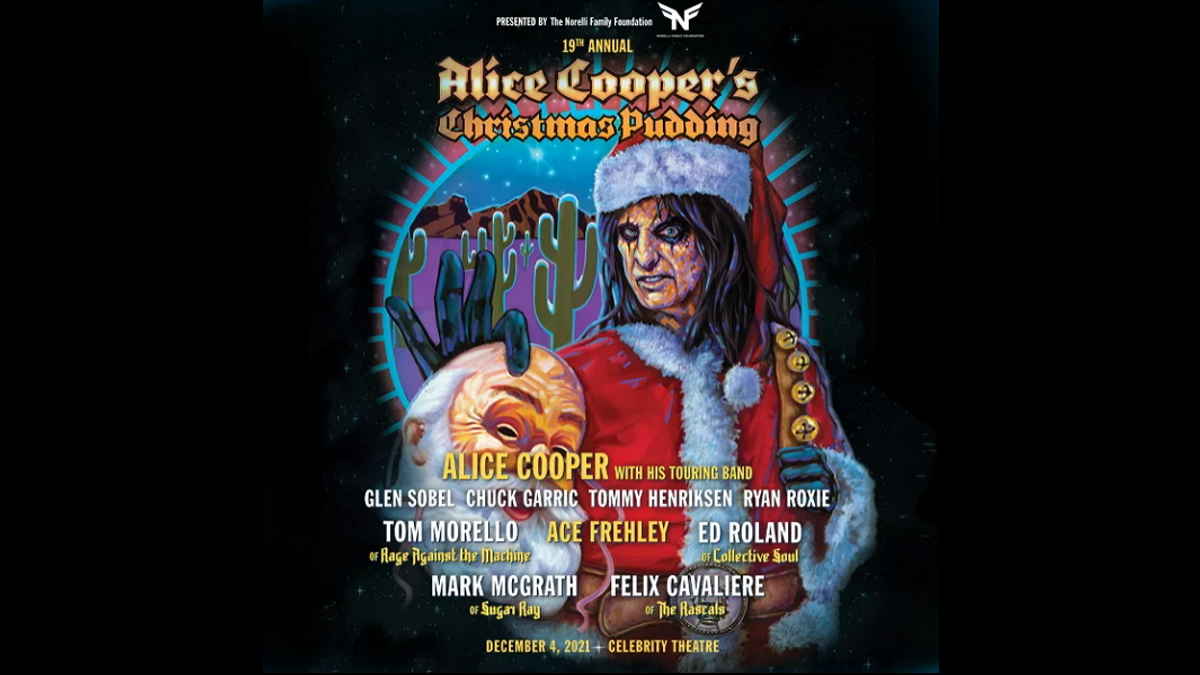 The special charity show will be taking place on December 4th at the at Celebrity Theatre in Phoenix, and will also feature Sugar Ray's Mark McGrath, Felix Cavaliere of The Rascals.

Alice had this to say, "As always, Solid Rock is putting together a show with new and classic headliners. The uniqueness of this concert is that you'll never see this caliber and variety of artists on the same stage again.