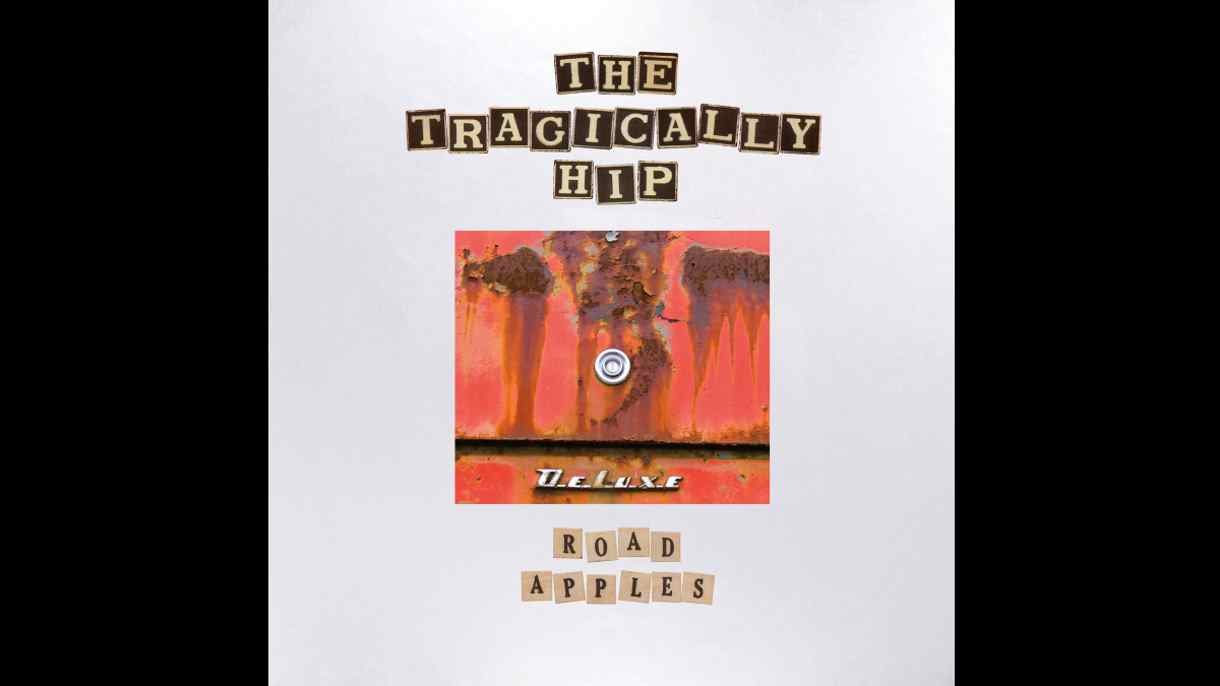 (hennemusic) The Tragically Hip are revisiting their classic 1991 album, “Road Apples”, in sync with a series of remastered and expanded 30th anniversary editions.

Originally recorded in New Orleans, LA, the project featured singles like “Little Bones”, "Three Pistols" and “Twist My Arm" while going on to become the Kingston, ON band’s first album to top the Canadian charts.

The newly-remastered 2021 reissues see deluxe editions of “Road Apples” rounded out with rarities, including previously-unreleased demos, outtakes, and alternate versions, and a live 1991 performance at The Roxy in Los Angeles.

While working to establish themselves through years of extensive touring, guitarist Rob Baker says the Hip tried to capture a performance vibe by recording the project live in the studio.

“I think that's totally the magic of the record,” Baker tells antiMusic. “That is what we sounded like you know? If you heard us in a sound check with no one in the club, that's what we sounded like…It makes perfect sense, on one hand, that if you've got a young band and they've been out on the road for a year, two years and playing hundreds of shows a year, you take them into the studio and set them up like they're on stage and record them.”

“Road Apples” saw the Hip record with producer Don Smith, who they worked with on 1989’s “Up To Here”, and that relationship paid dividends towards the band’s sense of growth as a recording act when they teamed up again for the 1990 sessions.

“The first time in the studio when we were doing ‘Up To Here’ with Don, it was about us finding our feet in the studio and gaining the confidence,” explains Baker. “So we've done ‘Up To Here’, we now have the confidence and ‘Road Apples’ allowed us to stretch out and be more comfortable, and I think you hear that in the band. We're still tight and we're the same band that you heard on Up to Here but we're a bit more relaxed, a bit looser and stretching out a bit….in a weird sort of way, I feel like ‘Road Apples’ is part two; it's the other side of ‘Up To Here.’

Following the tragic loss of singer Gord Downie in 2017 after a lengthy battle with terminal brain cancer, Baker says the milestone anniversary project was an emotional roller coaster for the band, especially after uncovering archival material from the original sessions.

“You know, we haven't heard these songs in over 30 years or so,” shared the guitarist. “And to hear them and to hear that they were actually as good as they were... the sound of the band playing in the room with you...it was pretty overwhelming. Then there were a couple of points when we were putting songs together for the extra record of demos and outtakes and alternate versions that's available in the box set that's called ‘Hoof Hearted.’

“There was a version of just Gord and I doing ‘"Fiddler's Green’, a very stripped back early version. And the arrangements are the same...the lyrics are the same, but there's just something about it. I turned it off about a minute in because it was too much. Then the second time around, I made it about two minutes. I finally got through it, but...it was a lot. It really felt like I was sitting there face to face with Gord playing the song, and obviously I knew I wasn't.”