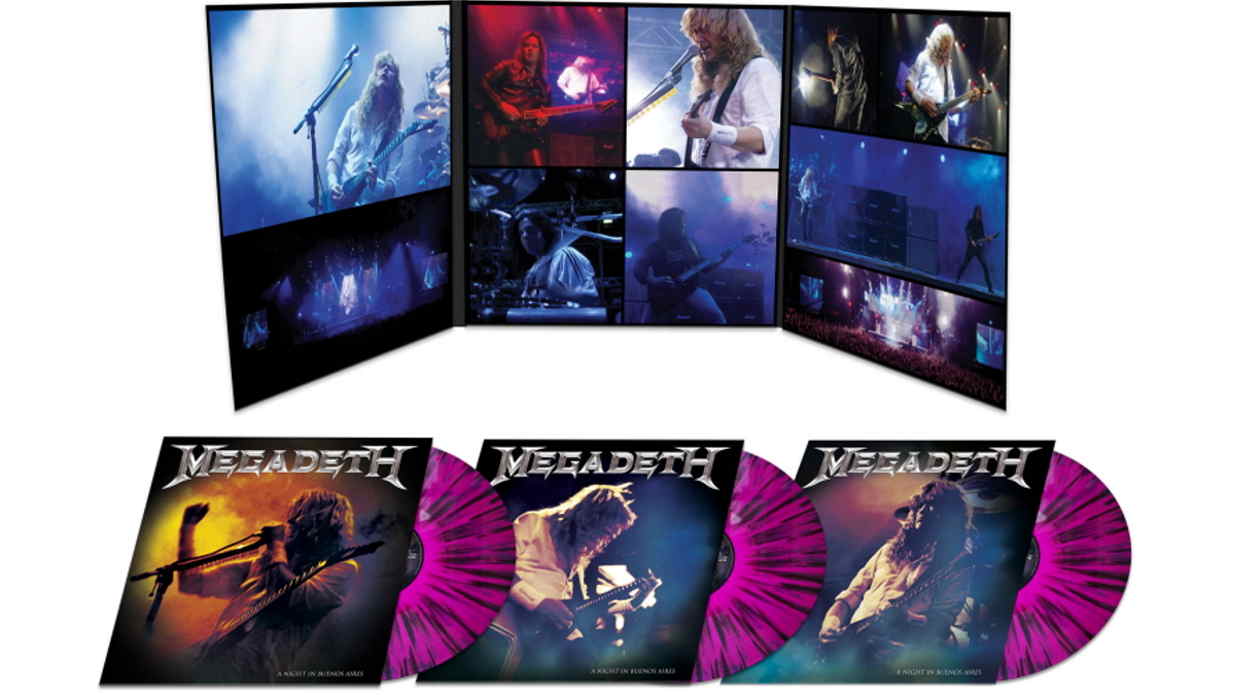 Megadeth have shared a video for their performance of "Holy Wars...The Punishment Due," which comes from the box set version of thei forthcoming live package.

The new package, entitled "A Night In Buenos Aires", was captured during the band's 2005 stadium performance, and is set to be released in various formats that will include special liner notes from Dave Mustaine on December 3rd.

In addition to the standard digital release, other formats will include a 2 Disc CD version in a gatefold wallet, deluxe 3LP vinyl editions as a standard 180 gram black version, as well as a variety of colored vinyl editions including purple splatter, clear, red and blue.

There will also be a deluxe multi-media box set that will include a Blu-ray, a DVD and two CDs. Preorder the colored vinyl here, and the CD and clear vinyl here (paid links). Watch the video and see the tracklisting below:

Megadeth Earn Their Highest Charting Album Of All Time

Megadeth Score Top 5 Debut With 'The Sick, The Dying... And The Dead!'