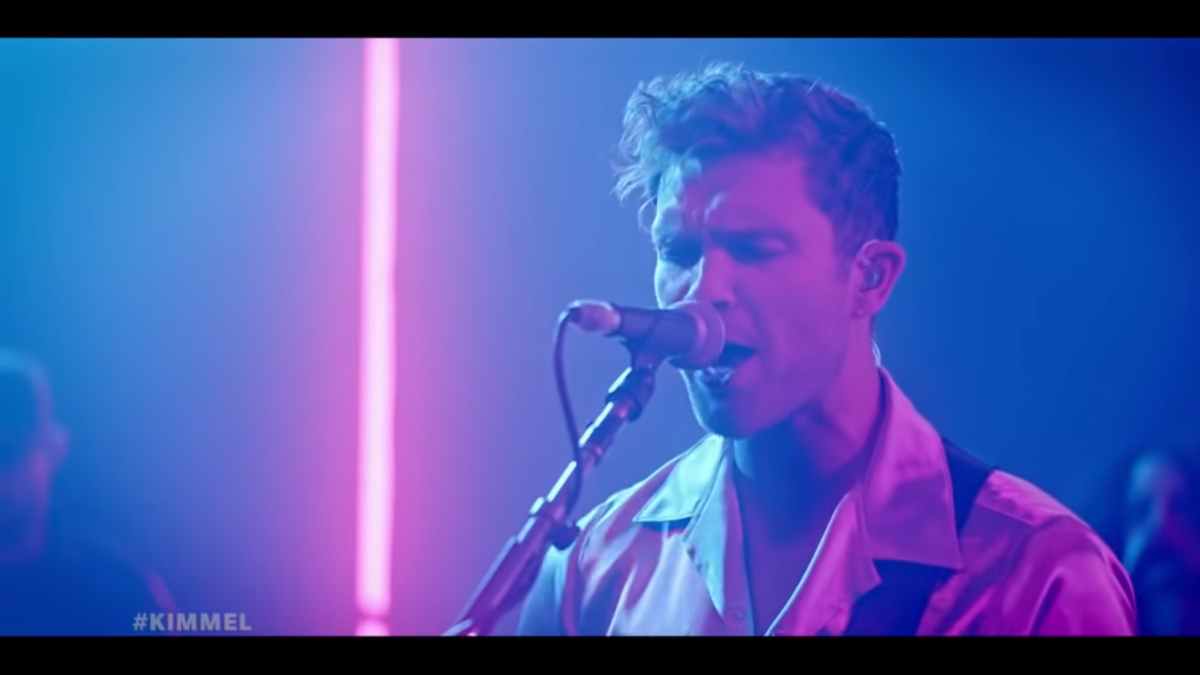 (hennemusic) Royal Blood performed the title track to their new album, "Typhoons", on the May 18 episode of ABC-TV's Jimmy Kimmel Live and video of the performance has been shared online.

The tune was the second single from the third studio set by the duo of bassist/singer Mike Kerr and drummer Ben Thatcher. "Typhoons" earned Royal Blood their third straight UK No. 1, following similar success with their 2014 self-titled debut and 2017's "How Did We Get So Dark?"

"This is getting ridiculous now," said Kerr. "I don't think we thought we'd make more than one album, so to get to here and be on our third and it be Number 1 is a joke, to be honest with you.