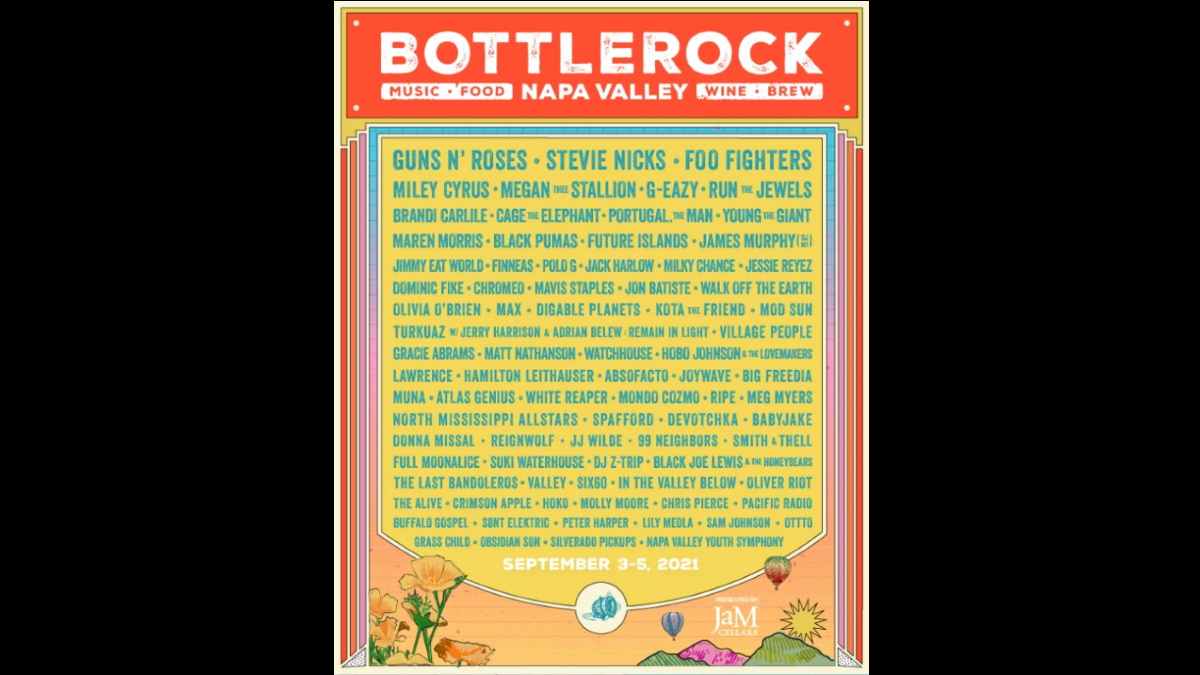 Guns N' Roses, Foo Fighters and Fleetwood Mac icon Stevie Nicks lead the lineup for the BottleRock Napa Valley Festival, which will be taking place on September 3-5 at the Napa Valley Expo in Napa .

The festival will include over 80 artists including Miley Cyrus, Run The Jewels, Cage The Elephant, Young The Giant, Jimmy Eat World, North Mississippi Allstars and more.

"We're thrilled to be bringing live music back to the Napa Valley this fall, arguably the most beautiful time of the year in wine country," said Dave Graham of BottleRock Napa Valley.

"We are happy to reward our loyal fans with a lineup that once again features a wide variety of genres, combining legendary performers with up-and-coming bands and some of the most-talked-about artists in the world."