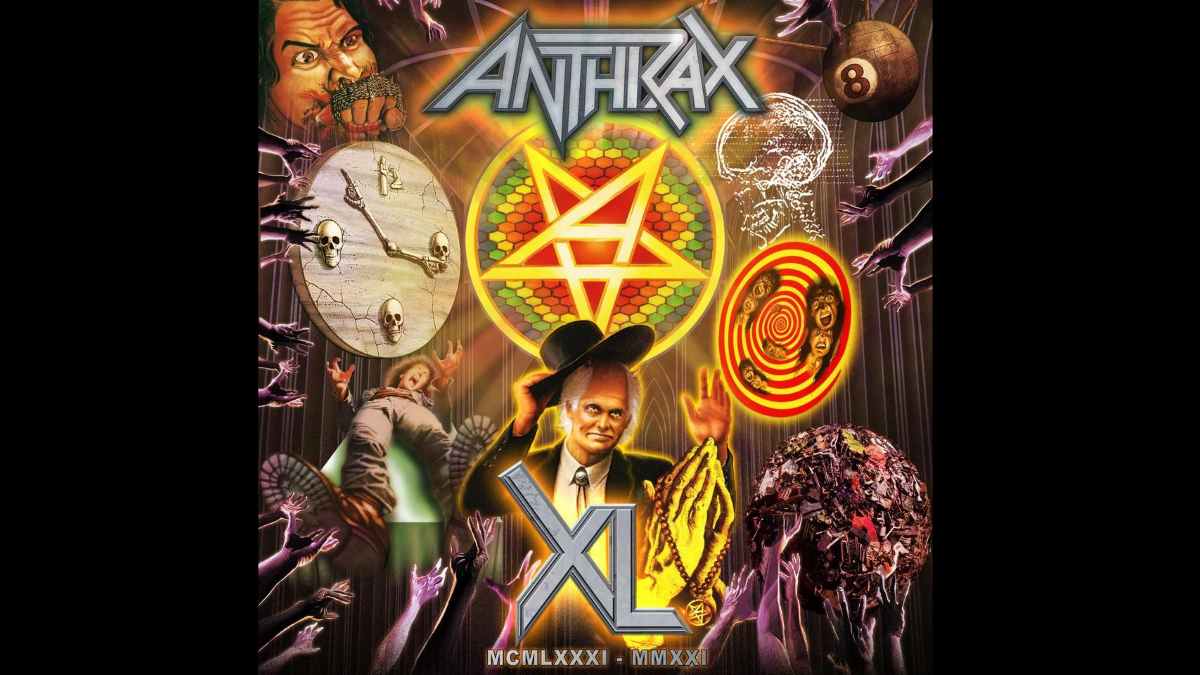 (hennemusic) Anthrax are taking a look back at their 1984 album debut, "Fistful Of Metal", in the opening episode of a new video series marking the thrash band's 40th anniversary.

After forming in Queens, New York in 1981, the group went through some lineup changes before settling in with co-founders Scott Ian (guitar) and Dan Lilker (bass), alongside vocalist Neil Turbin, guitarist Dan Spitz and drummer Charlie Benante.

By 1983, the band had recorded a demo that helped them secure a deal with Megaforce Records, and they hit the road supporting label mates Metallica on their first major US tour before hitting the studio to record their album debut.

Following the January 1984 release of "Fistful Of Metal", Lilker was fired and replaced by Frank Bello, while Turbin would soon be gone, as well, with Joey Belladonna stepping in as lead vocalist.

Each week beginning May 3, on Mondays, Wednesdays, and Fridays, and wrapping on the band's official founding anniversary of July 18, Anthrax's social media accounts will offer a series of video testimonials sent in by former band members, fellow musicians, colleagues, and industry veterans sharing behind-the-scenes stories of working with the band and what Anthrax's legacy has meant all these years on.

The 11-week series will include video contributions from a number of rockers, including Dave Grohl, Dave Mustaine, Gene Simmons, Henry Rollins, Rob Zombie, Robert Trujillo, Slash, Tom Morello and more, before wrapping up with a very special livestream performance from Anthrax on Friday, July 16, featuring a deep cuts set that will pull from the band's entire career-spanning catalog - all details including ticketing information will be announced shortly. Watch the first episode here.