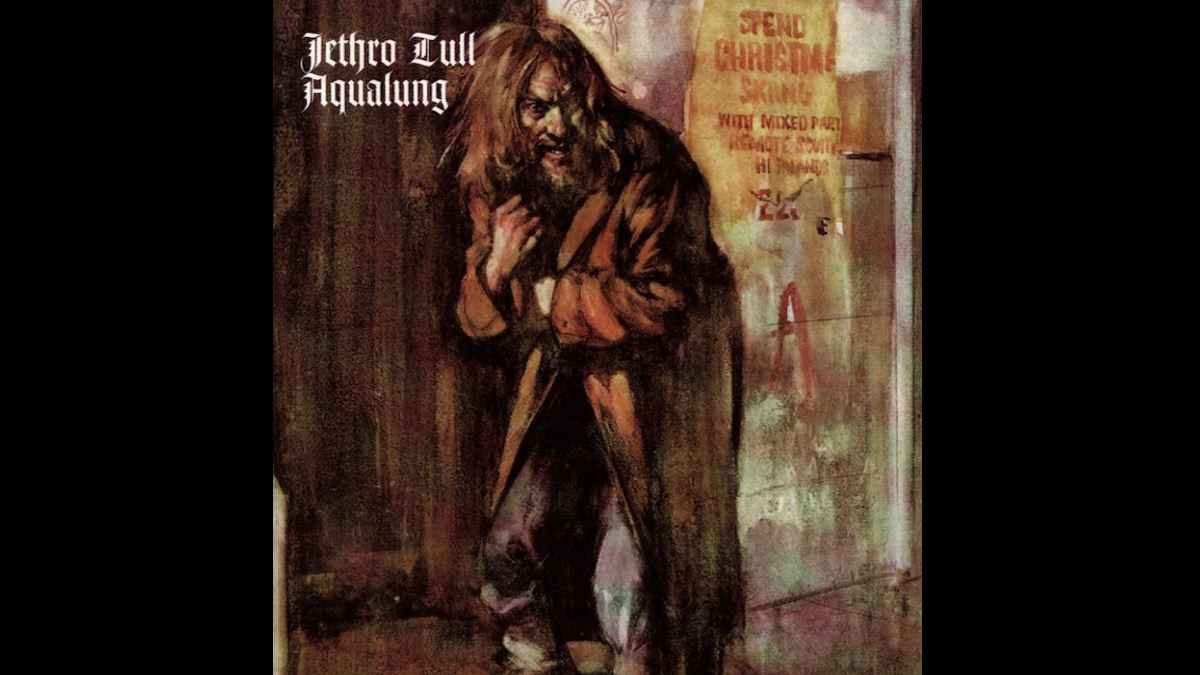 The 50th anniversary of Jethro Tull's Aqualung album is being celebrated by the syndicated radio show In The Studio With Redbeard: The Stories Behind History's Greatest Rock Bands.

The show's host Redbeard had this to say "In his first letter to the Christians at the church in Corinth, the Apostle Paul wrote in Chapter 13, verse 11, "When I was a child, I spoke and thought and reasoned as a child. But when I grew up, I put away childish things." If that had been me in March 1971, I would have added this postscript: " And started listening to Jethro Tull's new Aqualung album. Every day."

"The current movie Nomadland starring Frances McDormand recently won two Golden Globe Awards for Best Drama and Best Director five decades after Ian Anderson wrote and sang Aqualung . Both Nomadland, based on the 2017 book by Jessica Bruder, and the title song to Jethro Tull's fourth album released March 1971 have protagonists who ostensibly are homeless. In between, Phil Collins would revisit the subject several times beginning in 1989 with 'Another Day in Paradise', but two years before Aqualung, Pete Townshend of The Who greenlighted the misfit-as-hero with Tommy and would continue throughout his career to remind us how so many of rock'n'roll's originators emanated from the margins of society and struggled to find a voice. As the late David Bowie told me here In the Studio, rock music would suffer "the tyranny of the mainstream" by the 21st century, and certainly Bowie would have known, having felt compelled to invent multiple alter-egos to inhabit over his long illustrious career including at least one extraterrestrial! "Guitar Hero" and "rock god" are a far cry from the tramp at the bottom of the stairs which Jethro Tull's Ian Anderson immortalized five decades ago in the song 'Aqualung'.

"Meanwhile, few albums from any time in the Rock Era continue to satisfy quite so well as Jethro Tull's masterpiece, Aqualung. Ian Anderson smartly wrote songs for all seasons for a superb band, including the timeless rockers 'Aqualung', 'Cross-Eyed Mary', 'Locomotive Breath', and 'Hymn #43', but perfectly paced the album with tasty acoustic classics like 'Wond'ring Aloud' and 'Mother Goose'. And the Steven Wilson (Porcupine Tree) remix and 21st Century remastering results in a stunning listening experience. Ian Anderson is my guest In The Studio with insights and revelations in this classic rock interview concerning Jethro Tull and Aqualung on its fiftieth anniversary.

"Ian Anderson's house is haunted. Or at least the Jethro Tull leader has good reason to believe that it's haunted. Sitting in the dining room of the very old but modern-updated "Bucks" home in the English countryside for this interview to mark the golden anniversary of March 1971's Aqualung album, we shared in common the fact that we both live and record on working farms just outside major cities, Anderson's less than an hour west of London. The current house was built more than three centuries ago on the ruins of a nunnery plundered by Oliver Cromwell during the mid-17th century English military/political leader's genocidal campaign against Catholics. In this classic rock interview, Ian told me that there are historical accounts of the nuns being raped before they were murdered by Cromwell's troops, which could explain the curious reactions of certain visitors to Anderson's isolated home over the years.

"It seems that without any knowledge of the home's history, one popular British comedian became convinced during a visit that intensely strong paranormal vibrations were emanating from beneath the house, while on another separate occasion a female guest stayed but a minute before running from the house in hysterics. Anderson's lovely wife claims on occasion in broad daylight to see a white horse running up the stairs, which one would surmise could present a problem getting good domestic help. And while Ian himself has never witnessed that specter, once he did glance up into a wall-mounted mirror, the angle of which allowed him to see into their downstairs laundry room, where he observed clearly the back of a dark-haired young woman dressed in an ancient gray robe. Thinking it was his wife, Anderson called out to her but received no response. When he entered to peer into the laundry room, no one was there.

"The moral of this story? Don't expect anyone to volunteer to help you with laundry in the next world, either." Stream the episode here.