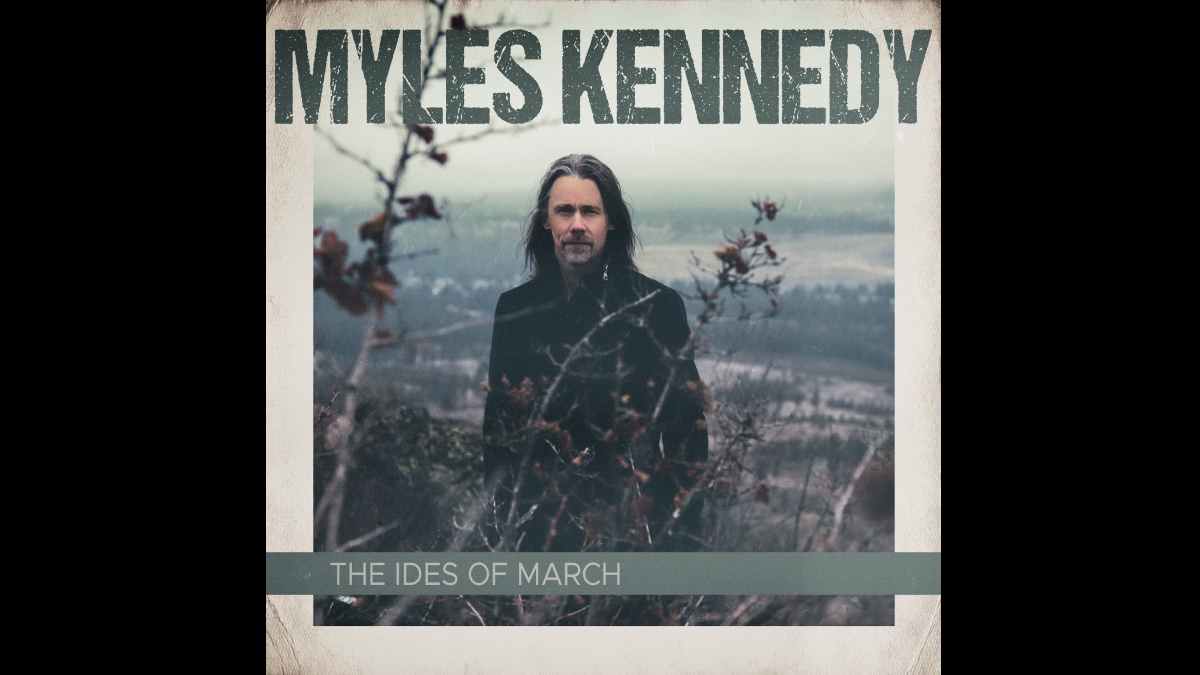 (hennemusic) Myles Kennedy is streaming video of the debut live performance of "In Stride", the lead single from his forthcoming second solo album, "The Ides Of March."

The rocker is seen sharing the story behind the song before delivering it alone and surrounded by guitars on stage at the legendary Fox Theater in Spokane, WA.

"Chill out...that pretty much sums it up," explains Kennedy. "The lyric paints a picture of a survivalist preparing for an impending zombie apocalypse. It was inspired by the first wave of lockdowns as everyone was buying vast amounts of toilet paper and supplies. I started to ask myself if it might be wise to try and gain some perspective and not overreact... keep calm and carry on."

Due May 14, "The Ides Of March" sees the Alter Bridge and Slash vocalist regroup with longtime friend and drummer Zia Uddin and bassist/manager Tim Tournier - who worked on Kennedy's 2018 debut, "Year Of The Tiger" - for the 2021 record, which was recorded in Florida with producer Michael "Elvis" Baskette.

"The Ides Of March" will be available in a variety of formats, including digital, CD, black and colored 2LP vinyl, including Die Hard Limited Edition and Limited Deluxe Box options available via Napalm Records. Watch the video here.