Alan Jackson's Where I Come From Benefit Performance Streaming Online 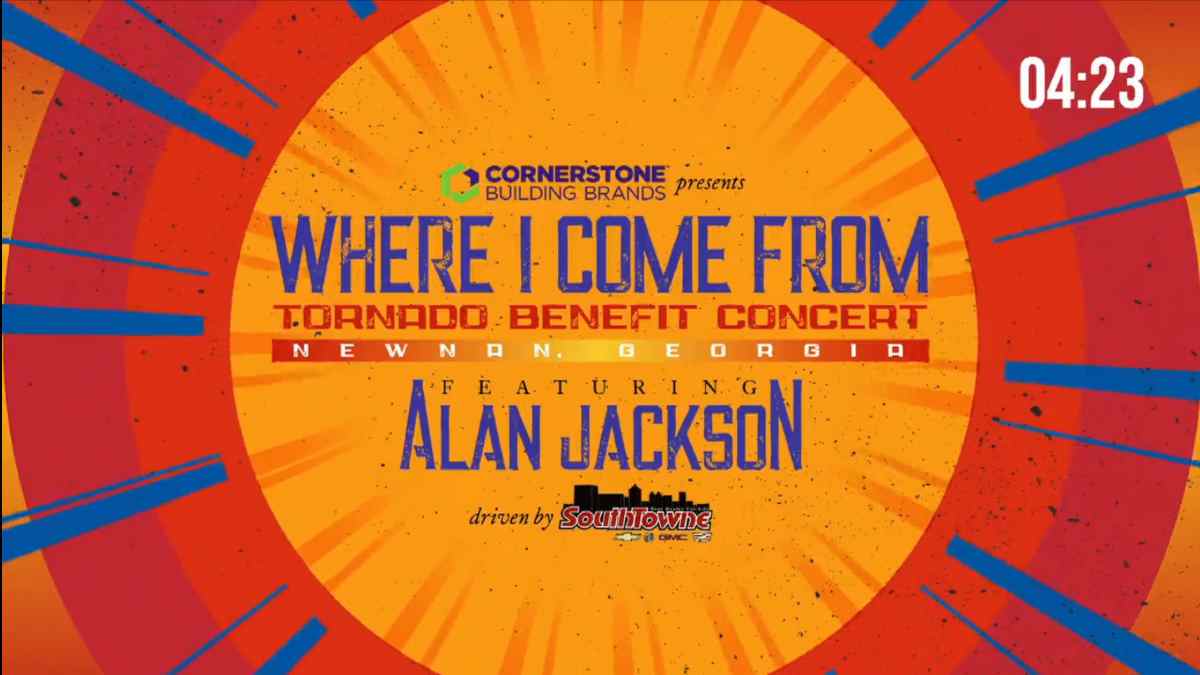 Alan Jackson's special "Where I Come From" hometown benefit concert this past weekend was a huge success and video of his headline performance is available to view online for a few more hours.

The benefit was launched to raise funds for residents that were impacted by the massive EF-4 tornado that struck the town three months ago and so far an estimated $2,000,000 has been raised for the tornado relief effort with donations still coming in for the online streams.

Alan told the crowd, "It's good to be back down here in my hometown of Newnan, Georgia. I'm from Newnan...my wife, Denise, is from Newnan...we were both born and raised here...and all of our childhood and young adult memories come from this area.

"When we saw what that tornado did coming through here a few months ago, it broke my heart. It broke Denise's heart. We had relatives affected by it and friends.

"The high school that we went to got hit. I was hoping we'd be able to do something to try to help down here and...it's just been amazing how this community came together to make this happen."

Jackson also reacted to the success of the event. He said, "This was a great day. A lot of people dedicated their time here, volunteering. It takes a lot to put on a show this big, and we really are grateful to all the help. Most of all, we appreciate all of you people that have come out and help all these folks in need."

Fans can still watch video of Jackson's headline performance via Facebook until today at 12:00am ET. Watch it here.

Alan Jackson Wrote Song For His Daughter's Weddings 2021 In Review