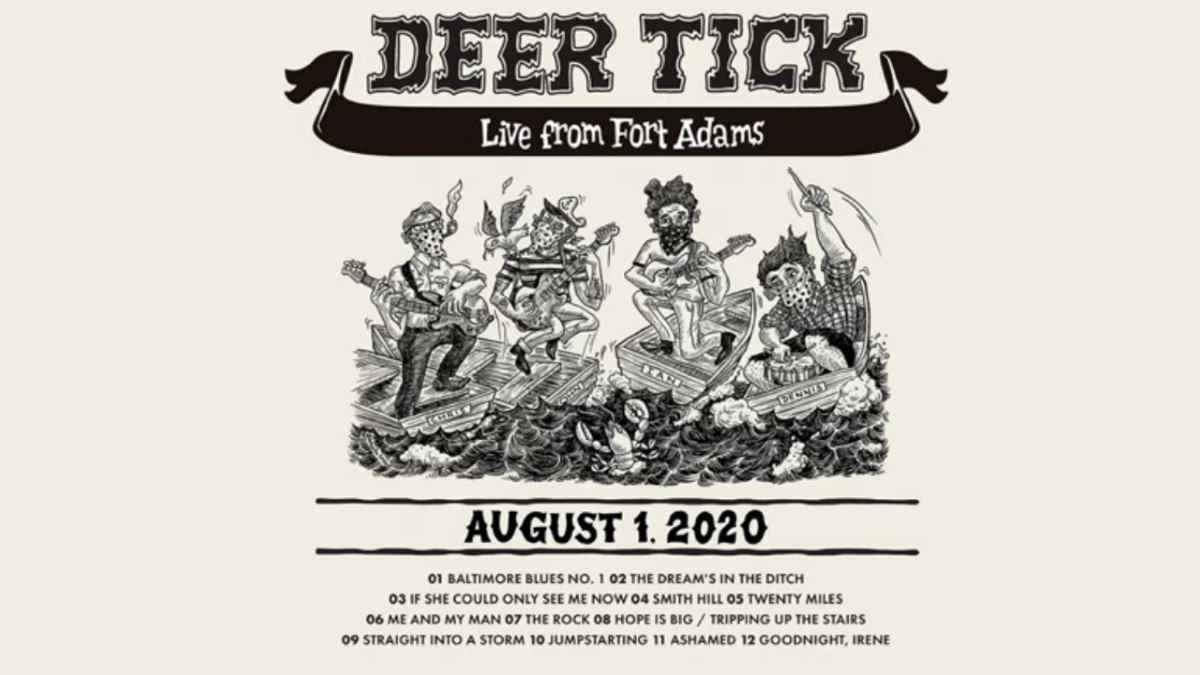 Deer Tick have released a brand new single called "If She Could Only See Me Now" and have announced that they will be releasing their "Live from Fort Adams" album on July 30th.

The new live record was captured during the band's pandemic era performance at the at the Historical Military Landmark Fort Adams on August 1st of 2020.

Ian O'Neil had this to say, "This time last year, we had no idea if or when concerts would ever return. Gathering to perform at Fort Adams with one another, among family, friends and a small crew, was a meaningful respite from such a defeating year.

"This album will likely dredge memories of both joy and pain for years to come, but it will remain a true artifact of a strange time for all of us. (It's also living proof that "Deer Tick Day" exists in the city of Newport, RI, and that in itself puts a grin on our faces).

"Enjoy and please support live music as we all venture back out into each other's lives! Thank you!" Stream the new single below: