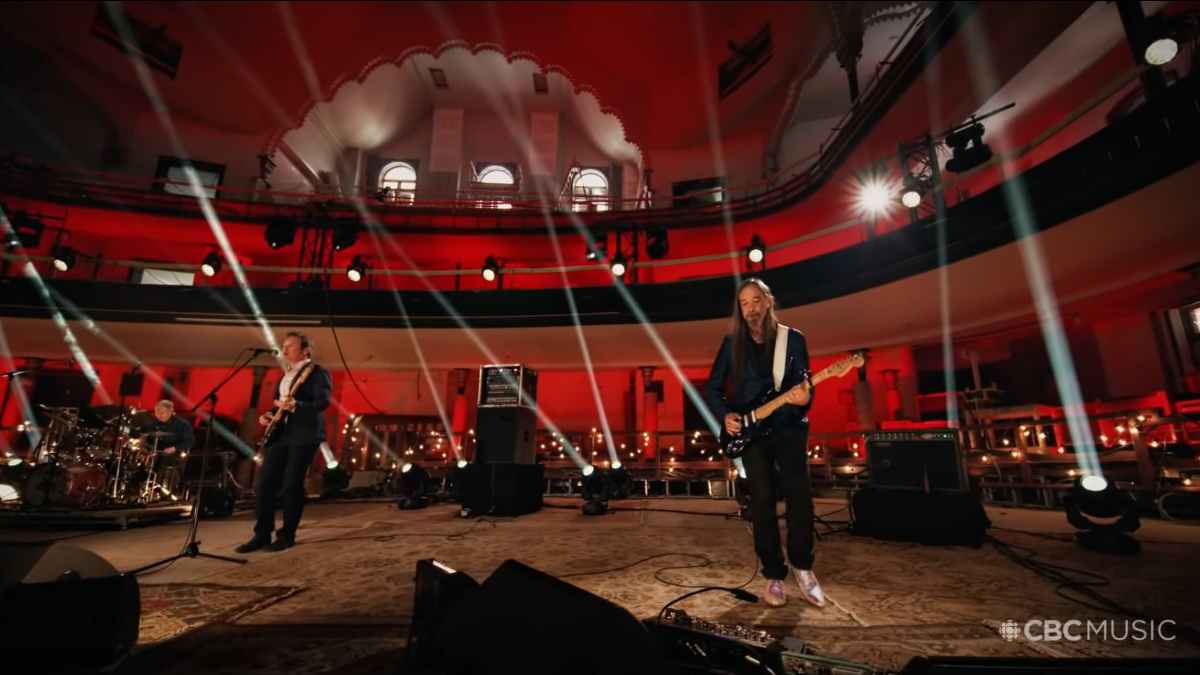 (hennemusic) The Tragically Hip were joined by Feist for a rare performance during The 2021 Juno Awards on June 6th where they were also presented with an award by the surviving members of Rush.

The pairing teamed up to deliver "It's A Good Life If You Don't Weaken" - a track from the band's 2002 album "In Violet Light" - at Toronto's legendary Massey Hall after being presented with the 2021 Humanitarian Award by Geddy Lee and Alex Lifeson of Rush during a virtual edition of the 50th annual event; the honor recognizes outstanding Canadian artists or industry leaders whose humanitarian contributions have positively enhanced the social fabric of Canada and beyond.

The appearance marked the first performance by the Kingston, ON band since they retired in 2017 following the death of singer Gord Downie after a lengthy battle with terminal brain cancer.

"We're really happy that we got to perform with Feist at The Juno Awards this year," says the band. "We wanted to honor our fellow musicians in a way that would make Gord smile. After such a difficult year, this performance feels like a good start. It was a privilege to be introduced by Gordon Lightfoot in his 'house' (aka Massey Hall)."