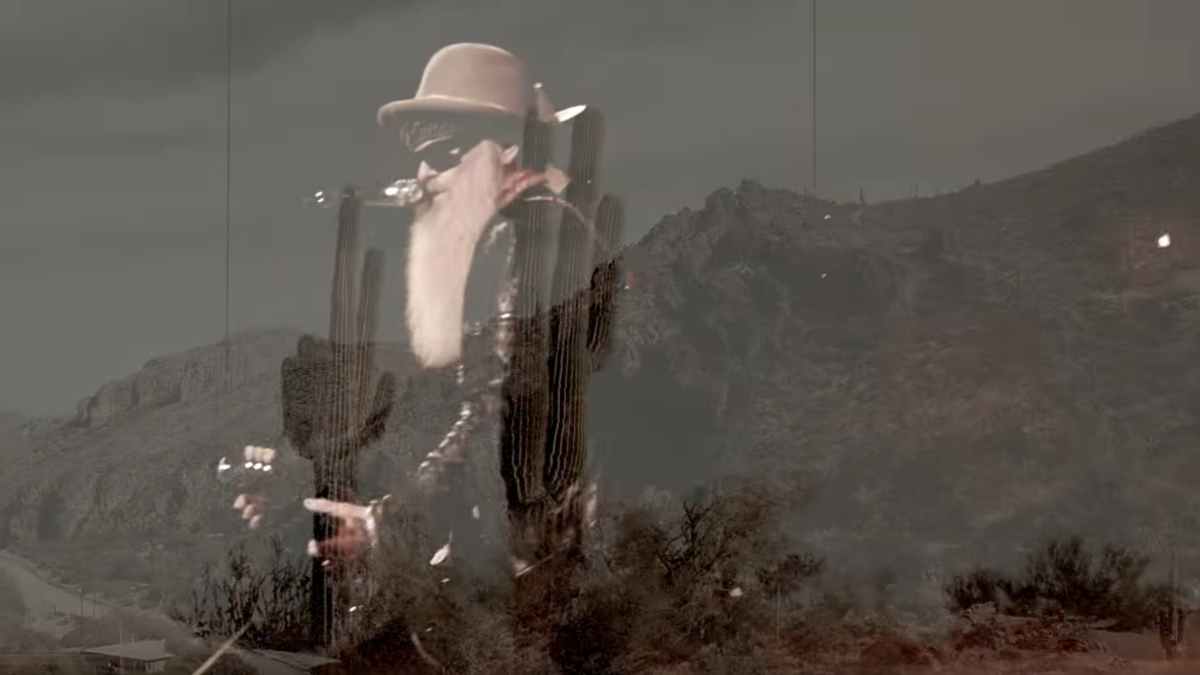 (hennemusic) ZZ Top guitarist Billy Gibbons is debuting a performance video of the song "Rollin' And Tumblin", which is a track from his 2018 album, "The Big Bad Blues."

Directed by Harry Reese, the footage features Gibbons and his touring lineup - drummer Matt Sorum, guitarist Austin Hanks - playing before a sold-out crowd at the Aztec Theatre in San Antonio, TX on his solo tour in support of the project.

The song was a natural choice for inclusion in "The Big Bad Blues" that was produced by Billy and the late Joe Hardy. Chess Records released Muddy Waters' definitive version in 1950 on its Argo label, although the song's roots date back almost more than 90 years to Hambone Willie Newbern's "Roll and Tumble Blues," released on Okeh Records.

"'Rollin' and Tumblin'' is the musical embodiment of our favored slogan 'blues you can use'," says Gibbons. "No matter how it's interpreted, it's the sound of the now and the future, too! We're happy to have it out again as our contribution to continuum that is the blues."

"The Big Bad Blues" debuted at No. 1 on Billboard's Americana/Folk chart and at No. 2 on the US Blues chart while also being named Blues Rock Album Of The Year at the 2019 Blues Music Awards.

Gibbons is currently working on the follow up solo-album with Sorum and Hanks while arranging for the next ZZ Top release. Watch the video here.