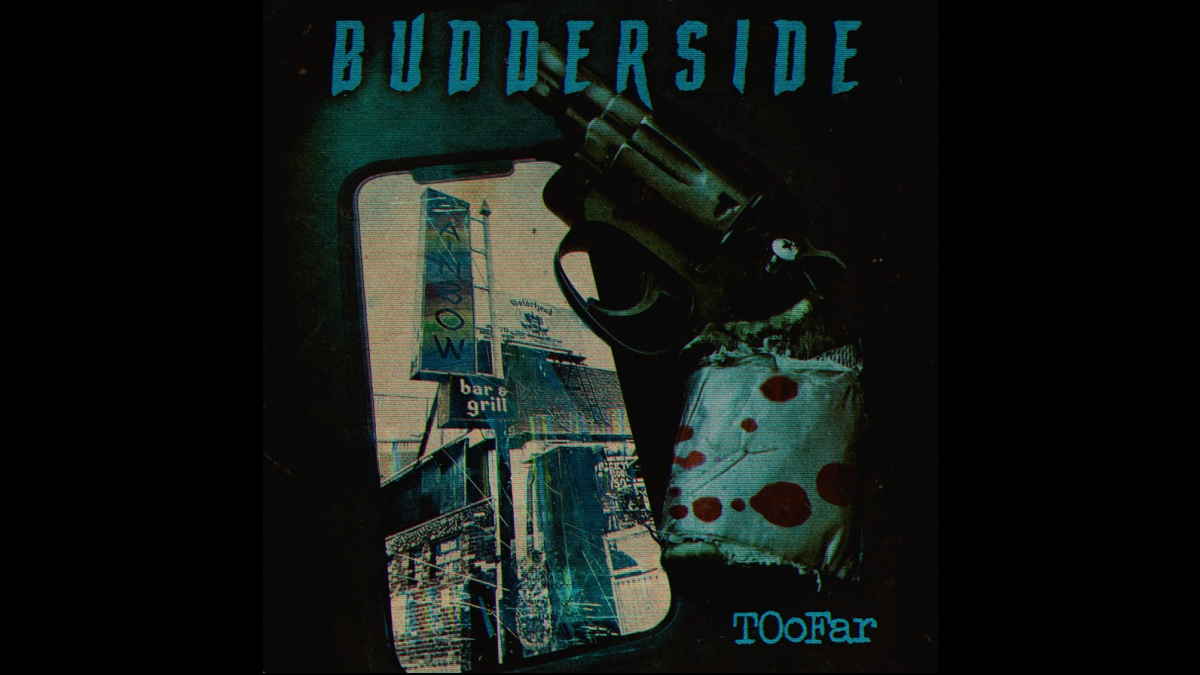 We are excited to premiere Budderside's brand new single "Too Far" and the track's thought providing music video, ahead of their official release tomorrow, December 3rd.

The "Too Far" video literally takes fans to the Sunset Strip for a dramatic video that tackles the heavy topics of infidelity inspired murder and suicide, set to a rockin' song that perfectly blends old school with a modern industrial feel.

"We are all so close to the edge," says vocalist Patrick Alan Stone (ex-Adler's Appetite and former Motorhead road crew member). "Saying something kind could save a life. It's easy to be reckless, but what we do and say can push people too far. Hollywood is the city of dreams, where they are born and die every day. I've seen good people murder over infidelity.

"I've lost my sister and my two closest friends to suicide over broken hearts, others to overdose, trying to ease the pain of a cruel world. More often than I'd like to admit, I struggle.

"This song stripped away all the b.s. as it was written. I was pissed off and witnessing how shallow people can be. Disgusted. Just an honest cry for the world to do the right thing.

"Too Far" is the latest single from the band's forthcoming album, which was produced by Matt Good (Asking Alexandria, Hollywood Undead, Butcher Babies), and will arrive in Spring 2022. Watch the video premiere below: