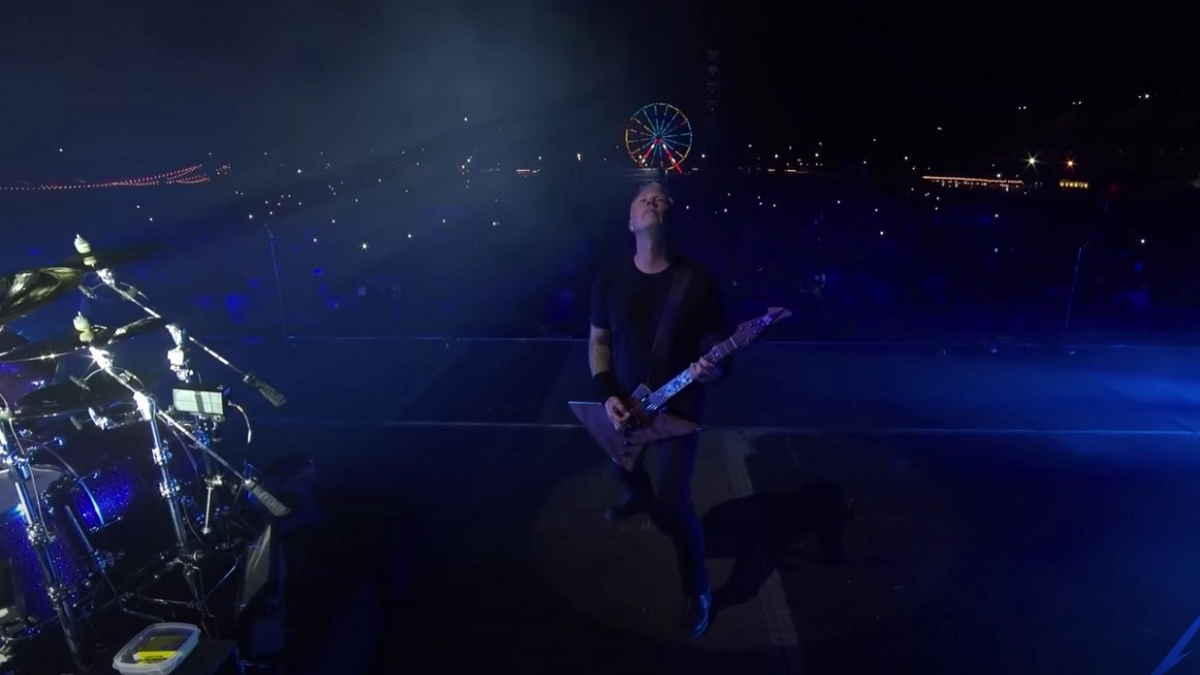 (hennemusic) Metallica are streaming video footage of their 1991 classic, "Enter Sandman", from their November 14 appearance at the Welcome To Rockville festival in Daytona Beach, FL.

Following a November 12 appearance at the event, the band returned two nights later to deliver a headlining set that featured a performance of their self-titled 1991 record - aka The Black Album - in its entirety.

After opening the show with 2016's "Hardwired" and a pair of classic tracks, the band launched into a full version of the album in reverse order - beginning with the rarely-played "The Struggle Within" and "My Friend Of Misery", and eventually closing out their regular set with "Enter Sandman" before returning for encores.

This fall, Metallica released a series of 30th anniversary reissues of "Metallica", which helped return it to the US Top 10 for the first time in three decades. Watch the video here.