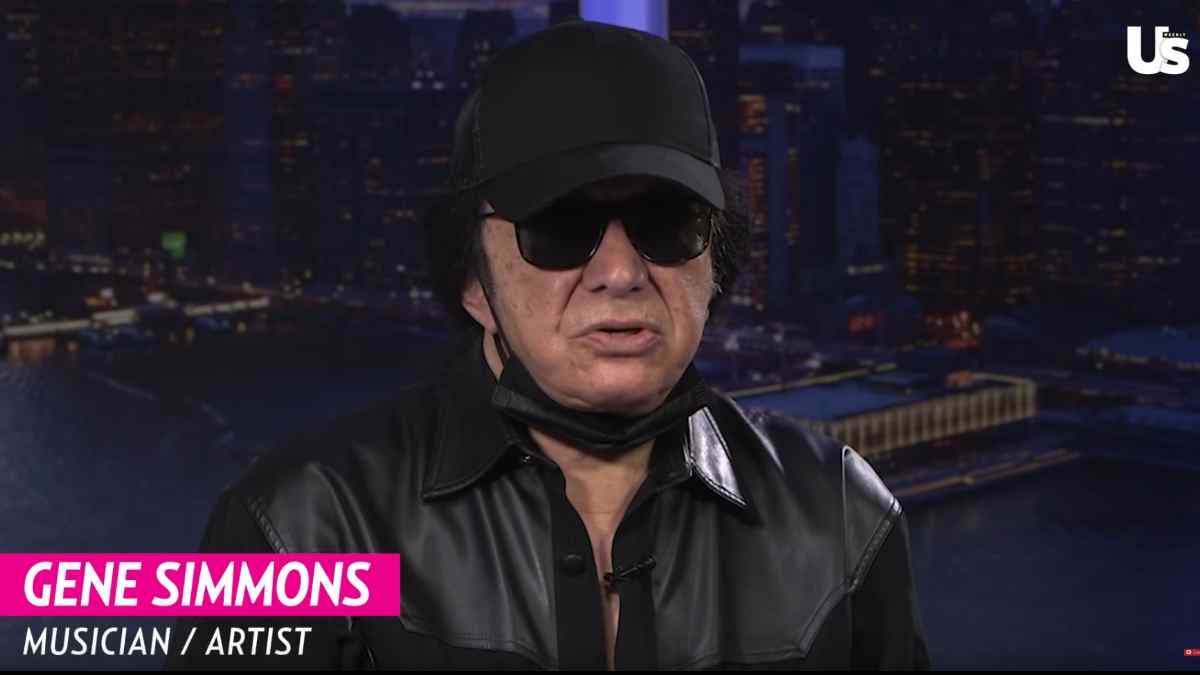 KISS cofounder Gene Simmons has apologized for disparaging remarks that he made about Van Halen frontman David Lee Roth and he believes those original comments were taken out of context.

Roth opened for KISS on the original North American leg of their End Of The Road Farewell Tour and Gene spoke to Rolling Stone about the band resuming the trek after it was postponed due to the pandemic.

Wolfgang Van Halen's solo band Mammoth WVH was recruited by KISS to support them on the rescheduled dates and Gene was asked about Roth being replaced.

He told the publication, "[Roth] took being a frontman way beyond anything. And then, I don't know what happened to him ... something. And you get modern-day Dave. I prefer to remember Elvis Presley in his prime. Sneering lips, back in Memphis, you know, doing all that. I don't want to think of bloated naked Elvis on the bathroom floor."

After those comments were published and started creating headlines at various music news outlets, Roth responded by sharing a photo 18 times on Instagram of a young boy with his middle finger up.

Simmons spoke with US Weekly about the controversy. He said, "I am so sorry and ashamed, actually, that I hurt David's feelings. I'm the guy, actually, that saw [Van Halen] at a club, signed them to my production company, flew them to New York, produced their first 24-track 15-song demo and championed the band.

And, actually, we took David out as our opening act on the tour. And in the course of an interview... You hear me talking, I just sort of stream of consciousness,I don't mean to hurt people's feelings, and every once in a while, diarrhea of the mouth comes out."

He explained, "I read that quote, and somehow the way they put it together... I think I said something like, 'Nobody touched David in his prime, not Robert Plant, not Jagger, not anybody. He was the king.' And then somehow there was a segue to Elvis bloated on the ground and fat and naked and I don't wanna see that.

"I wasn't talking about David, but that doesn't matter. What matters is I hurt David's feelings, and that's more important than the intent. So, I sincerely apologize for that. I didn't mean to hurt his feelings. It reminds me of the guy that gets out of a truck and says, 'Hey, I'm sorry, buddy. I didn't mean to run you over.' Well, what the f***'s the difference? You've been run over."

Gene was asked if he believes that the reason Roth reacted the way that he did was because of his respect for Gene and values his opinion. Simmons responded, : "I don't know. Nah. I don't think anybody gives two sh*ts about what I think, and that's the way it should be, treat everybody sort of on an equal plane.

"This is gonna get me in trouble too, even the Pope poops every day. You know, this kind of the humanity of it all. I'm not better than you; you're not better than me. And feelings, that includes the Pope, who's a good guy and everything, feelings are human. And anybody can hurt your feelings. I mean, you can be the king of anything, and a kid can come over and say, 'Eh, you stink,' in front of everybody else, and it can hurt your feelings.

"So, for that I'm really sorry about. I never meant to hurt his feelings. But in the way the words came out, yeah, I could see where that was the impression. Not my intention." Watch the new interview below: