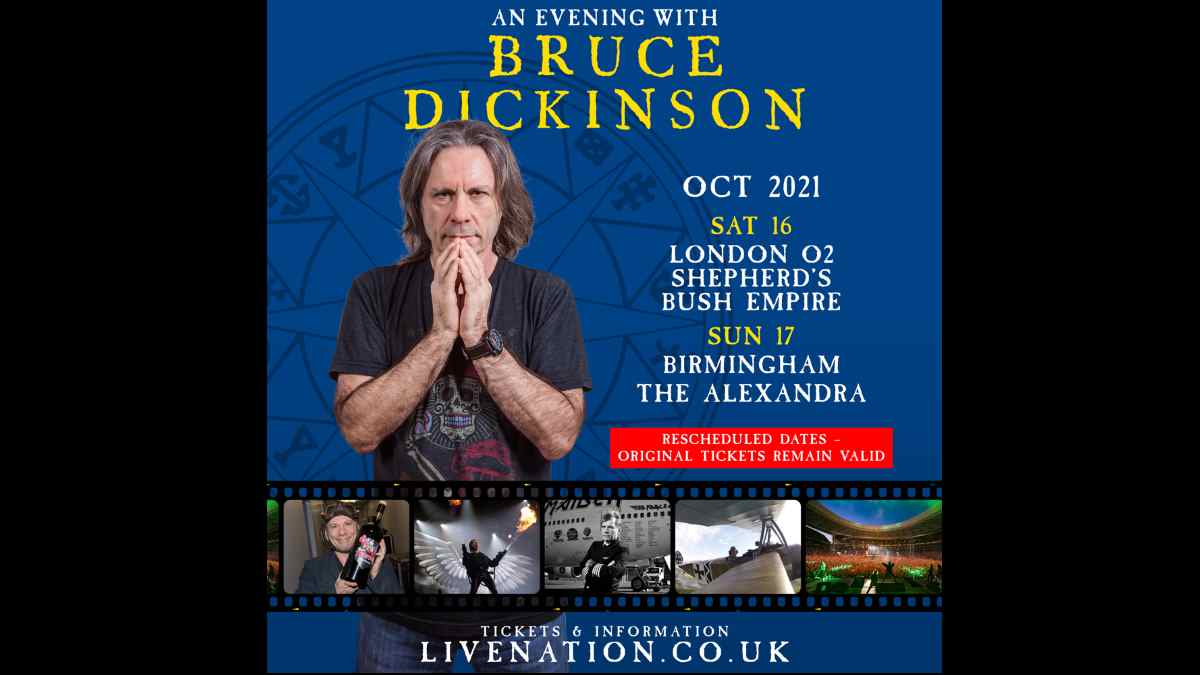 (hennemusic) Iron Maiden frontman Bruce Dickinson is the latest rock star to test positive for Covid-19 despite having already received two doses of the experimental vaccine.

Rolling Stone reached out to Bruce via Zoom and he told the publication, "I thought, 'Oh well, sh*t.

"I was kind of sneezing a bit. For a couple of days, I felt a bit groggy, kind of like the flu, and that was it. And I'm 63 years old. I've pretty much got no doubt that had I not had the vaccine, I could be in serious trouble."

Dickinson postponed two of his Evening With shows last week after the household member tested positive. Iron Maiden put out the following at the time, "Due to a member of Bruce's immediate household having tested positive for Covid-19, it is with great regret that the final two shows of his 'Evening With' tour cannot go ahead as planned tonight at the Birmingham Alexandra or tomorrow at Shepherd's Bush Empire, London.

"Despite Bruce himself having tested negative today and throughout this tour, he now has to isolate for the next 10 days under current UK Government rules. He is understandably very upset that he won't see you all for these final 2 shows but the safety and well-being of the fans, as well as the crew and venue-staff, obviously comes first.

"Please keep hold of your tickets for now and bear with us while we work with our promoter to endeavour to reschedule the dates. We thank you for your patience and understanding, in these still very uncertain times of the global pandemic. We'll post all news and updates on ironmaiden.com as soon as we have a solution."

The shows have been rescheduled to October 16th in London and 17th in Birmingham.