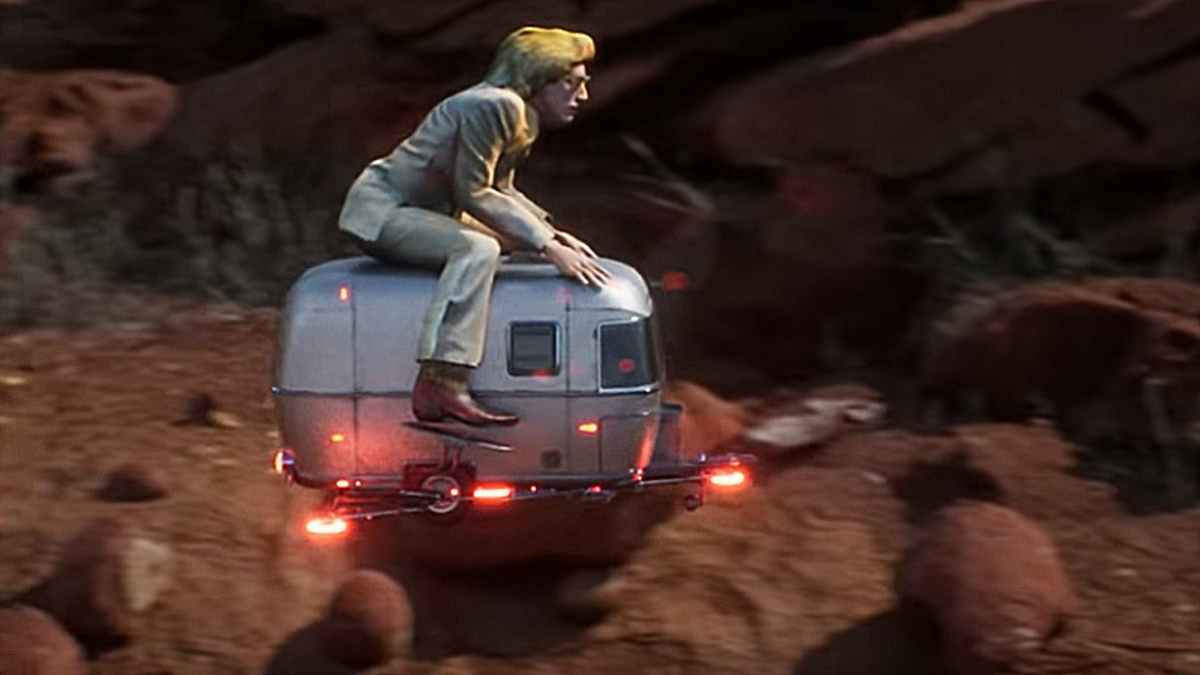 Puscifer have released a music video for their track "Bullet Train To Iowa". The song comes from their latest album "Existential Reckoning" and the visual is billed as an alien-infused mini film that is the next chapter in the saga of desert dwelling scamp Billy D.

Frontman Maynard James Keenan explains, "The 'Bullet Train to Iowa' video is sort of a bridge between the Money $hot Live at the Mayan Theater performance ('Billy D and the Hall of Feathered Serpents') and the Existential Reckoning Live at Arcosanti performance. Kind of like what 'Rogue One' is to the Star Wars films, but without the Storm Troopers and snarky robots."

Keenan recruited his longtime collaborator Meats Meier to create the video. He has worked with the band since beginning, including their very first video "Queen B". Watch the new video below: