Bob Seger In The Studio For 'Live Bullet' 45th Anniversary 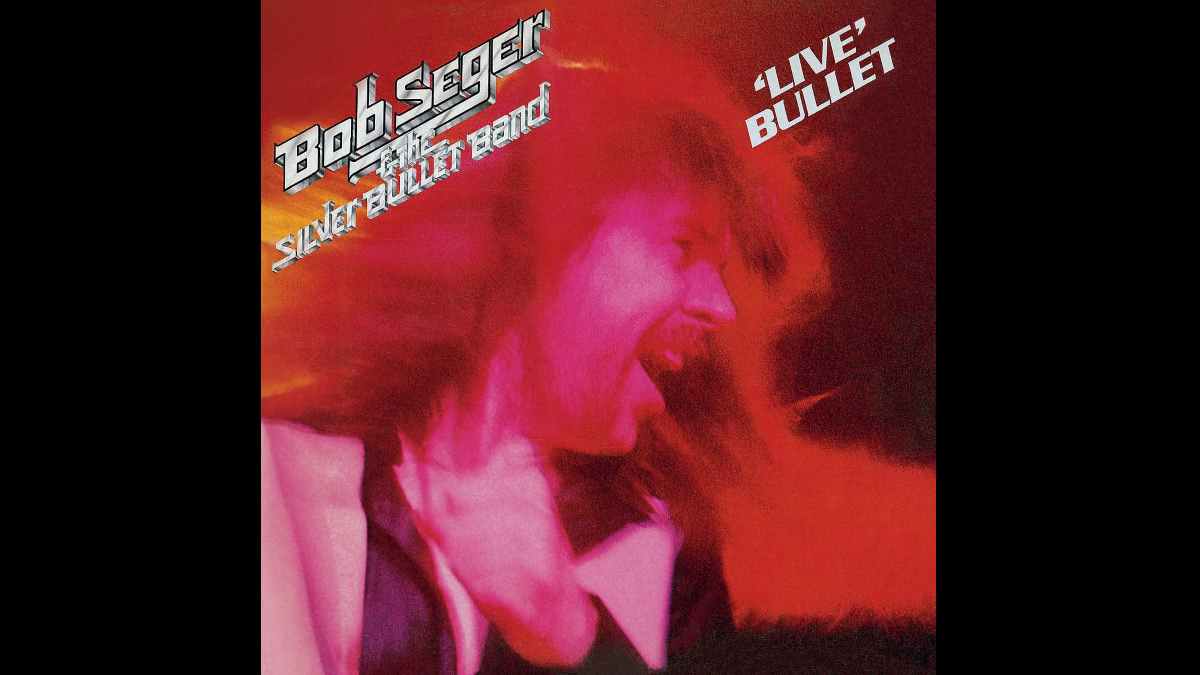 The 45th anniversary of Bob Seger and the Silver Bullet Band's "Live Bullet" album is being celebrated by the syndicated radio show In The Studio With Redbeard: The Stories Behind History's Greatest Rock Bands.

The show's host Redbeard had this to say, "'It took me twelve years to make that album Live Bullet ,' Bob Seger solemnly emphasizes to me in this classic rock interview to mark the forty-fifth anniversary of that release from Bob Seger and the Silver Bullet Band in April 1976. This may be the only six million-seller in history which failed to make the Top Thirty in sales when initially released. It would not be until Seger's breakthrough studio effort Night Moves in October that year, his tenth studio album , caused new fans to seek out his earlier work. By the time of recording Live Bullet , a double album set priced only a dollar more than a new single disc, Bob Seger had loaded a full clip of songs into his stage show, and brilliantly offered basically a 'live best of' to date for Seger in the same way that Frampton Comes Alive had done in January that year for Peter Frampton.

"According to all published reports, the audience listening to U.S. President Abraham Lincoln address the Gettysburg PA crowd in 1863 failed to applaud when he finished. After seeing Bob Seger perform 'Turn the Page' just a few short months prior to the famous 1975 Detroit Cobo Hall shows that are immortalized on the album Live Bullet , I became profoundly aware how something implausible like that could happen. Seger and his then-new Silver Bullet Band were opening for the sun-setting Guess Who in a roller rink in Findlay, Ohio, but judging by the backstage intensity with which Bob instructed me to do the onstage introduction ( ' It's not Bob Seger , it's Bob Seger & the Silver Bullet Band ! Got that ?'), it was clearly evident that Seger was directing their career more like a prison break. These guys had drawn a bead on stardom and now they had it squarely in the crosshairs and dialed in. So when midway through a high-energy rock'n'roll set Seger downshifted into a little-known song from his studio album Back in '72 called 'Turn the Page', the audience sat mesmerized even after the last haunting sustained note from the late Alto Reed's gleaming golden saxophone echoed off the walls. In the stunned silence I heard somebody gasp, 'Wow !', and then realized it was me.

"When the live version was made available in April 1976 on Live Bullet , I introduced it to the radio audience in Hartford CT and later in Memphis in 1978. Over the next decade the live 'Turn the Page' would become a rock classic, to the point where one evening in March 1988, Lynyrd Skynyrd co-founding guitarist Gary Rossington pulled up to my Dallas radio station Q102 to do an interview. Seated in the back, Gary opened the door and motioned for me to get in. Gary sheepishly explained, ' I hope you don't mind, but 'Turn the Page' just came on your radio station. Can we just sit here and listen until it's over? '. Bob Seger is on the firing line playing with live ammo and firing no blanks here In the Studio for the forty-fifth anniversary of Live Bullet." Stream the episode here.