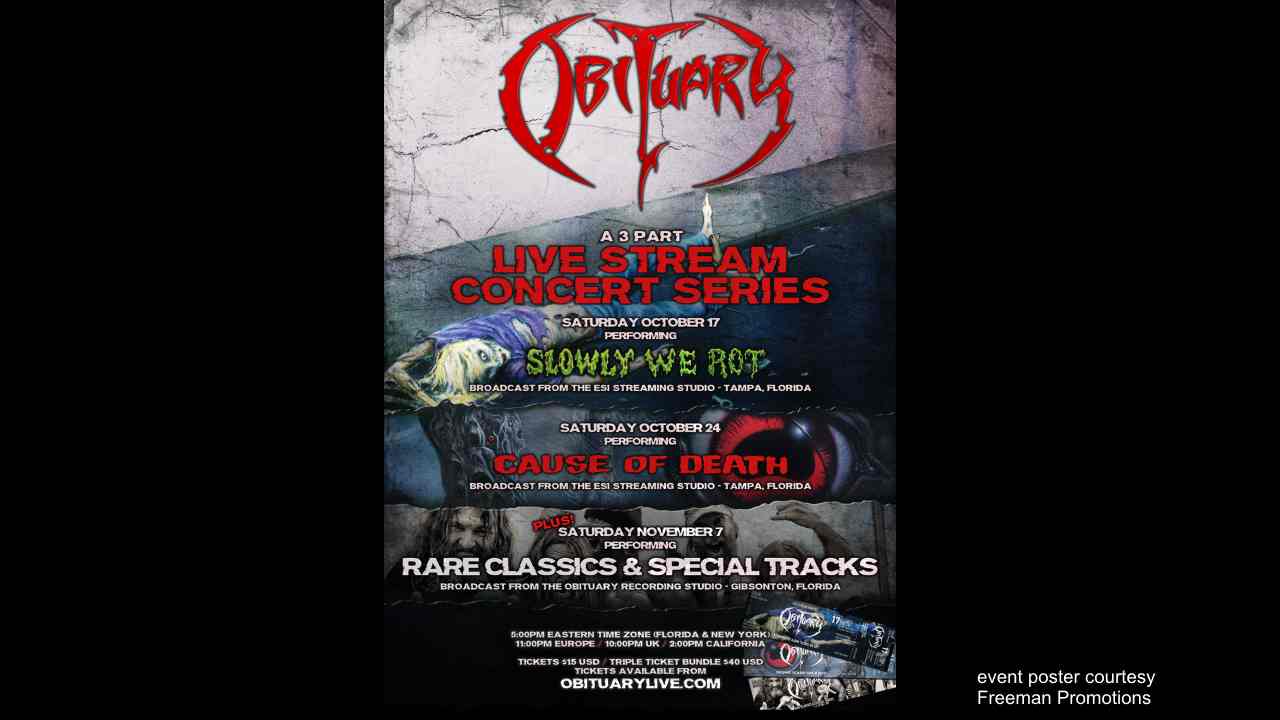 Obituary have announced that they will be launching a special three-part livestream series next month that will feature two full album performances and a rarities set.

The first two streams will be live from the ESI Streaming Studio in Tampa, FL. The third stream will be broadcasted live from Obituary's Recording Studio in Gibsonton, FL.

The band had this to say, "The World Health Organization has announced an earth shattering advisory....they've tried to develop a vaccine...they're employing any treatment they can think of....but upon repeated examination and the indisputable death toll it has been confirmed....THERE IS NO CURE FOR METAL!!!!!

"And with that in mind, we aim to deliver you from the pain within....the pain withOUT this intangible substance your soul survives to crave....and present you with a trifecta of infectious disease that is sure to please your senses...socially distanced, WE WILL ROT TOGETHER!!!!!!"

Obituary To Play The End Complete In Full During Livestream