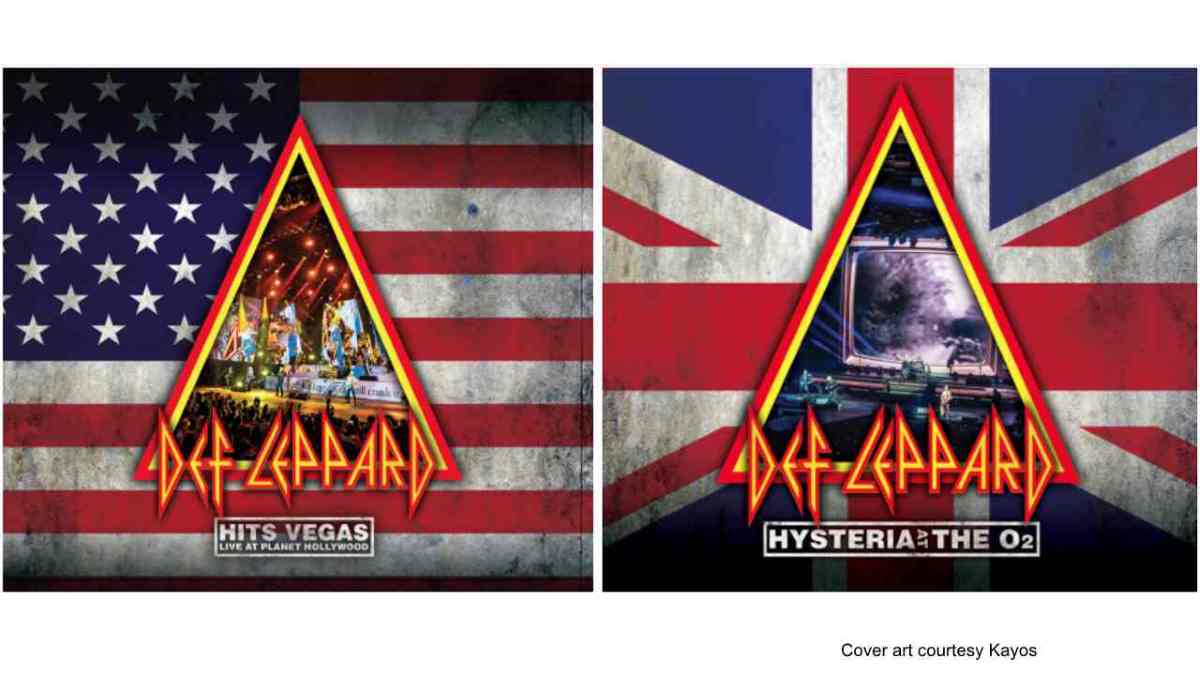 (hennemusic) Def Leppard are streaming video of a performance of their 2002 single, "Now", as a preview to the October 16 release of an audio version of "Hits Vegas, Live At Planet Hollywood."

The tune was the lead single from the UK band's eighth studio album, "X", which reached No. 11 on the US Billboard 200 while becoming their first record to fail to reach Gold status in the country.

"Hits Vegas" delivers material from the group's Las Vegas residency at Zappos Theatre in Planet Hollywood; it's one of two live packages - including "Hysteria At The O2" - that are seeing standalone audio releases next week.

The O2 set presents a full December 2018 album performance of the band's 1987 smash, "Hysteria", at the London venue.

As the live music industry shut down during the pandemic, Def Leppard were forced to reschedule their US stadium tour with Motley Crue to next summer, while a planned fall series with ZZ Top was canceled. Watch the video here.