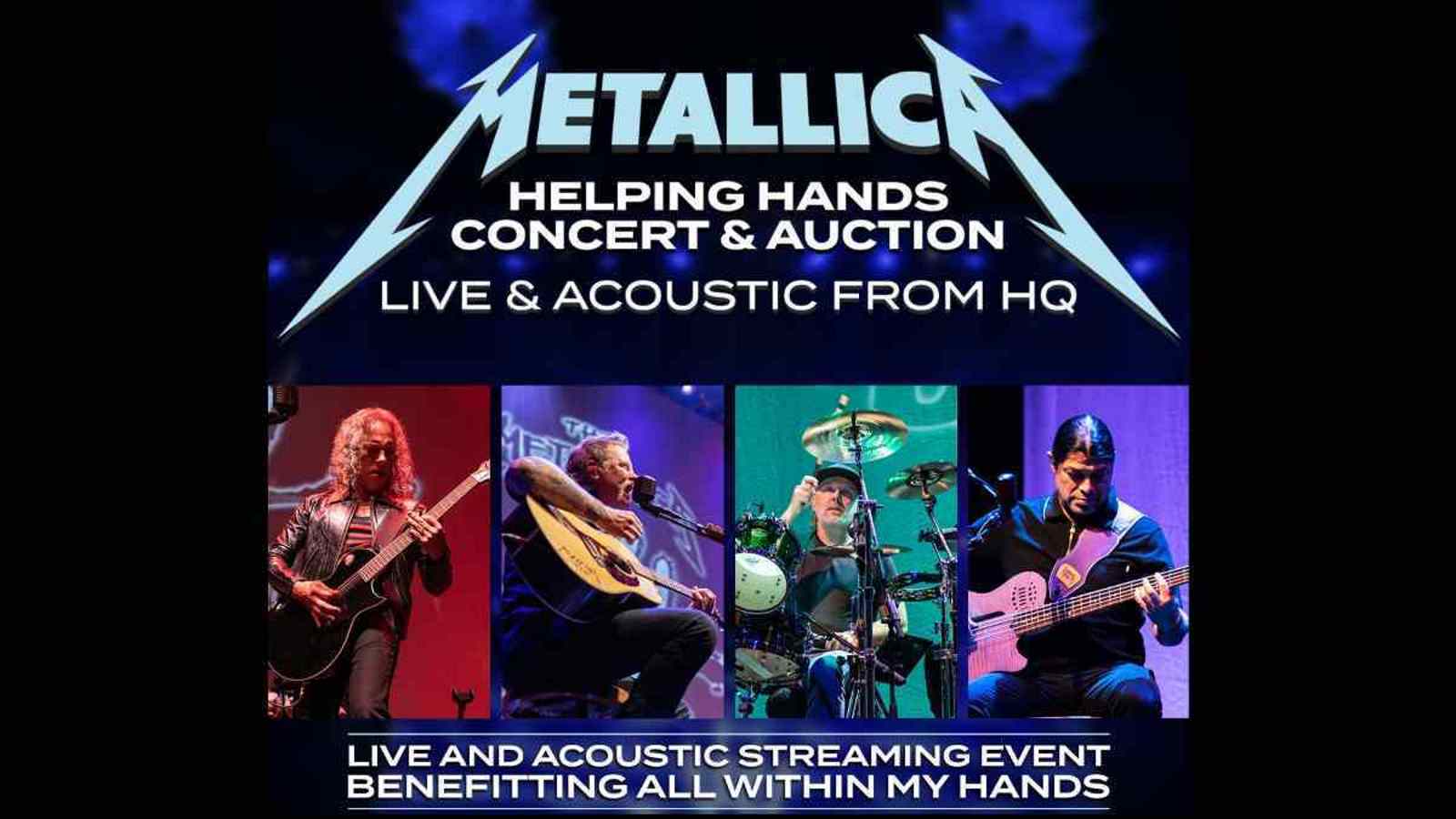 Metallica have extended the pay-per-view streaming period for their recent "Live & Acoustic From HQ: Helping Hands Concert", which has now been extended for fans to purchase tickets until 11:59 PM PST on Giving Tuesday, December 1st.

The band played a mixed acoustic and electric set for the special event including some of their classic songs, as well as covers of Deep Purple's "When A Blind Man Cries", Bob Seger's "Turn The Page", and "The House Of The Rising Sun."

After the event, the band said, "A MASSIVE thank you to all our fans around the world who joined us for #HelpingHands2020. Thank each and every one of you for making this show such an awesome experience."

They now report that the pay-per-event has so far raised over $1.3 million for their All Within My Hands foundation who will be using the funds to aid "Feeding America and the American Association of Community Colleges, along with supporting Covid and disaster relief efforts in the coming months," according to a band announcement.

Tickets for the pay-per-view are available here.