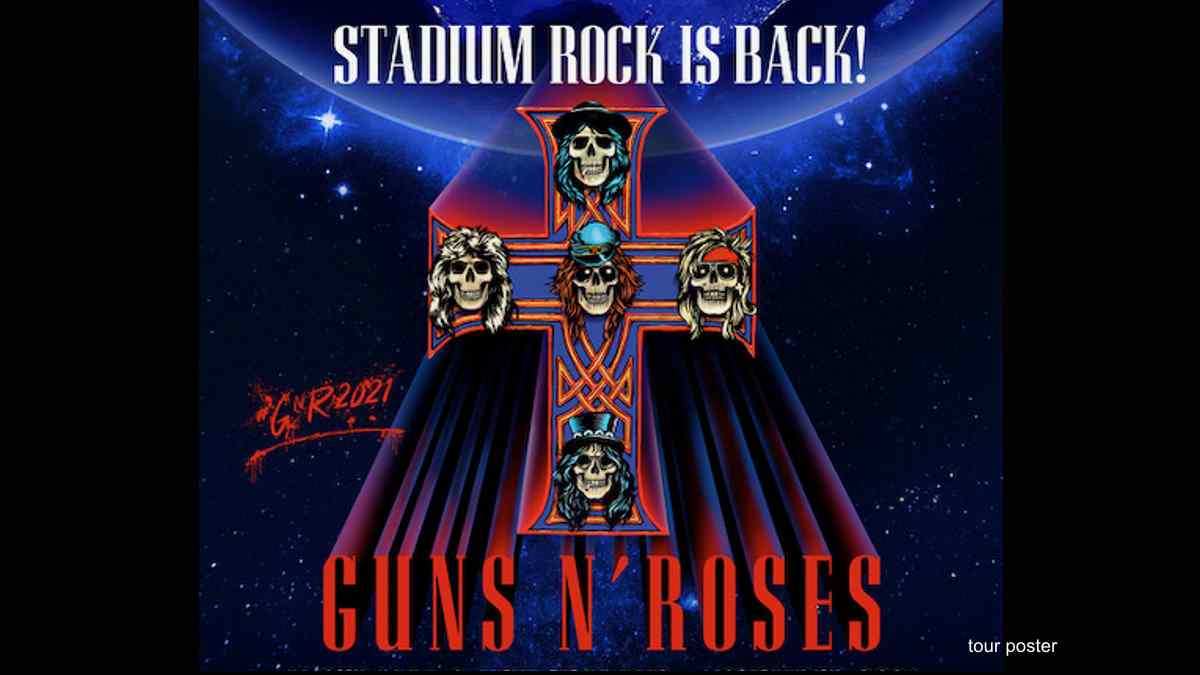 Guns N' Roses have announced that "Stadium Rock Is Back!" with news that they have added a new leg to their 2021 post pandemic lockdown tour plans.

The band had previously revealed that they will be returning to the road next year for summer dates in Europe and North America and they now plan to follow that up with a tour in Australia and New Zealand in the fall.

They will be kicking things off on November 6th in Gold Coast, AUS at the Metricon Stadium and will wrap up the tour leg on November 24th at the Optus Stadium in Perth.

Presale tickets will be available to Nightrain members beginning November 23rd, and the generic public tickets will go on sale starting on November 26th. See the dates below: