REO Speedwagon In The Studio For 'Hi Infidelity' Anniversary 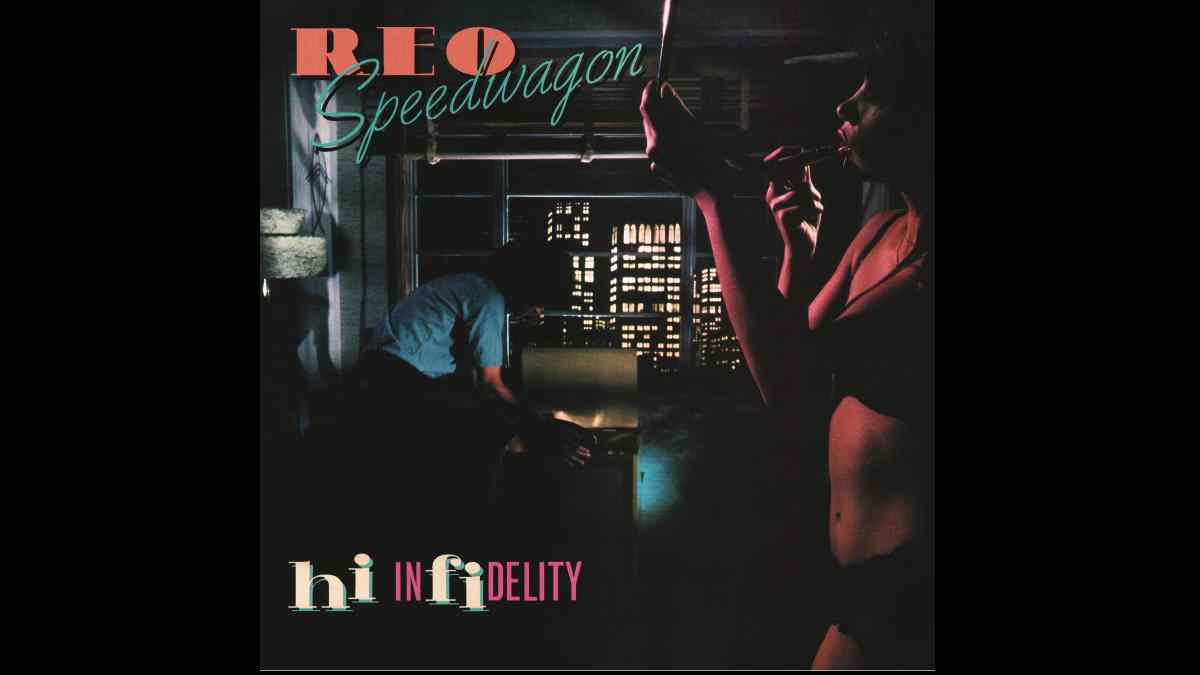 The 40th anniversary of REO Speedwagon's "Hi Infidelity" album is being celebrated this week by the syndicated radio show In The Studio With Redbeard.

The show's host Redbeard had this to say, "The hard-charging Illinois band named after an Oldsmobile fire engine ( hey, Buffalo Springfield was the manufacturer of a steamroller, for heaven sake ), REO Speedwagon believed in their long game, and their long-suffering record label gave them TEN trips to the plate until the band touched all the bases in November 1980 with Hi Infidelity . Lead singer Kevin Cronin and band keyboard player co-founder Neal Doughty tell the worst-to-first ten year overnight sensation story behind 'Don't Let Him Go', 'Follow My Heart', 'Tough Guys',' Take It on the Run', and the #1 'Keep on Lovin' You' here.

"Legendary major league baseball manager Leo Durocher reportedly uttered that famous quote, 'Nice guys finish last', but with the November 1980 release of REO Speedwagon's Hi Infidelity, at least one exception refuted Durocher's platitude spectacularly. Matter of fact, if REO Speedwagon was a baseball team, their statistics for their 1980-81 season would be as follows: 9- Hi Infidelity was the band's ninth studio album; 4- the number of times REO changed lead singers; 2-the number of times Kevin Cronin was hired to be that lead singer; 5- the number of charted singles from that sole album; 1- the chart sales peak of both the Hi Infidelity album and its first single, 'Keep on Loving You'; plus the first band live concert ever presented on the emerging MTV video music channel; 15- the number of weeks as the top-seller in the US; 10,000,000+ -the number of copies sold of REO Speedwagon's Hi Infidelity.

"In a lot of ways, REO Speedwagon was much like the Midwest region from which they sprang at the University of Illinois at Champaign: solid, unassuming, hard-charging musical journeymen determined to make it. They set it up with songs including 'Roll With the Changes', 'Time for Me to Fly', and 'Back on the Road Again' before combining 'Don't Let Him Go', 'Take It on the Run', 'Follow My Heart', 'Tough Guys', and the #1 'Keep On Loving You' as Cronin and co-founder Neal Doughty reveal in this classic rock interview, which also serves as a tribute to the late REO guitarist for the first twenty years, Gary Richrath." Stream the episode here.

REO Speedwagon In The Studio For 'Hi Infidelity' Anniversary

REO Speedwagon In New Episode of Backstage With Crew Nation