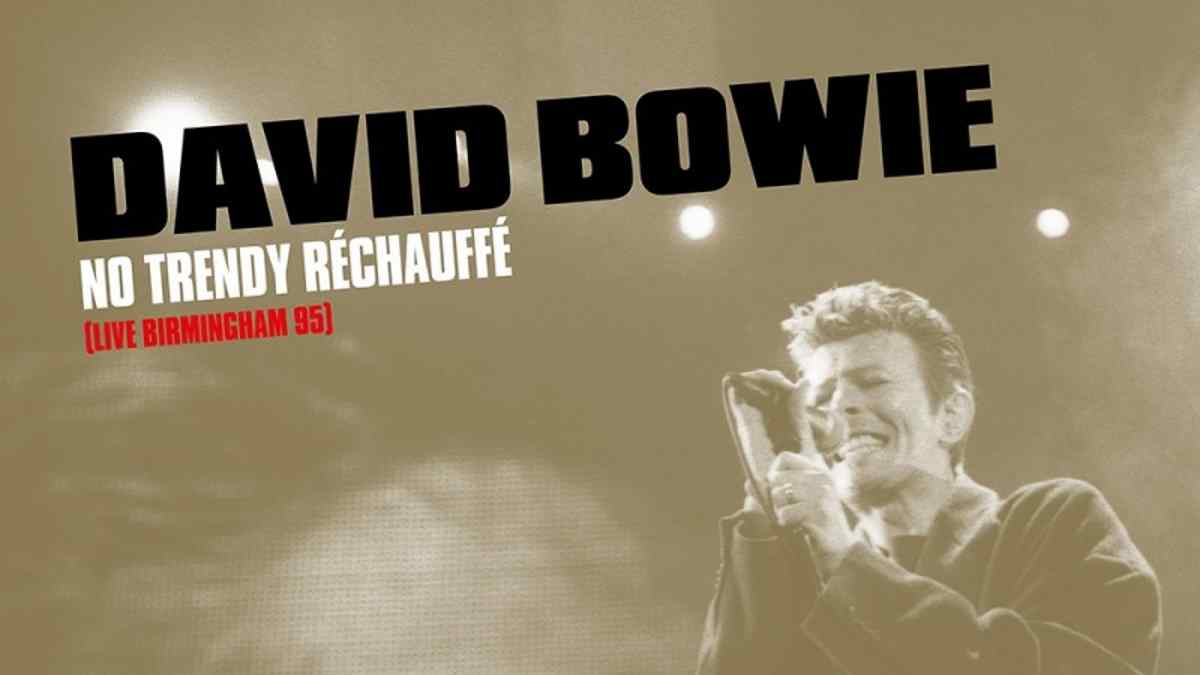 (hennemusic) David Bowie will release a 1995 concert from Birmingham, UK as the second project in a six-part series of 1990s concert recordings billed as "Brilliant Live Adventures (1995-1999)."

Due November 20, "No Trendy Réchauffé (Live Birmingham 95)" captures the iconic rocker in performance at the National Exhibition Centre in Birmingham on December 13, 1995.

The event marked the final show of the Outside tour and was the first night of a five night festival promoted as "The Big Twix Mix Show". Bowie's set list features rare live versions of "Jump They Say" and "Strangers When We Meet" - the latter featuring lyrics that inspired the album's title.

The project also delivers two versions of "Hallo Spaceboy," the second of which was filmed as "Spaceboy" and was intended to be the project's next single at the time; the video was never completed, as the track was subsequently remixed by the Pet Shop Boys for single release and an alternative promotional video made.

Excerpts from the show were broadcast by the BBC, and "Moonage Daydream" and "Under Pressure" were mixed by David Richards for release on the "Hallo Spaceboy" CD single. Both versions on this album are previously unreleased, included here as played and mixed on the night they were performed. See the tracklisting and read more here.