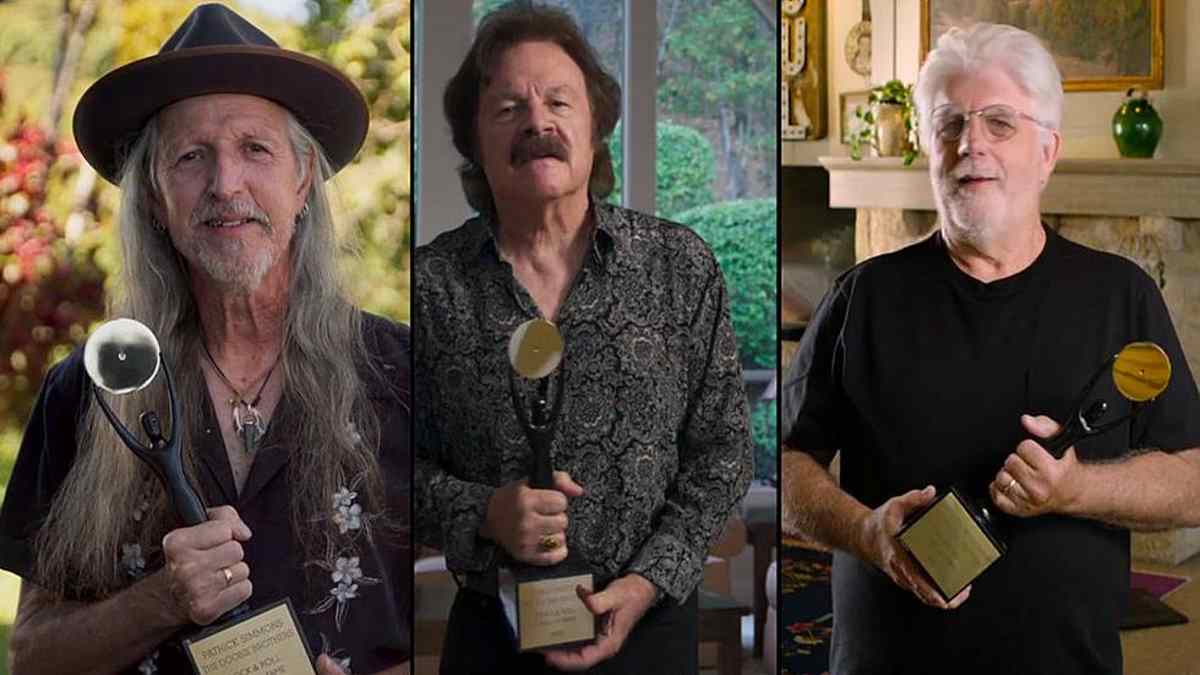 (hennemusic) The Doobie Brothers and T. Rex were among the artists inducted into the 2020 Rock And Roll Hall Of Fame during a November 7 HBO broadcast event special.

The pair of classic rockers were honored alongside fellow inductees Depeche Mode, Nine Inch Nails, Whitney Houston, and The Notorious B.I.G. as part of the 35th annual Induction event.

Guitarists and vocalists Tom Johnston and Patrick Simmons and keyboardist Michael McDonald accepted the honor on behalf of The Doobie Brothers in a series of pre-recorded speeches; other band inductees include current member John McFee and former contributors Jeff "Skunk" Baxter, John Hartman, Tiran Porter, and the late Michael Hossack and Keith Knudsen.

"It's been quite a ride, from playing clubs in San Jose to recording music that we loved, then playing for people in venues all over the world," said Johnston. "It seems unreal, but it's been quite a trip - and we aren't done yet."

"My deepest thanks to the Doobie Brothers family," he continued, "and all of the members over the years who have been part of this journey. "It's always been about our love of music, and because of the band's success, we now celebrate this induction."

"I wish to thank, first of all, the guys who I accept this award with tonight, for their years of friendship and the privilege of allowing me to be a member of the Doobie Brothers," added McDonald. "Being a Doobie Brother represents some of the best years of my life. So being inducted into the Rock & Roll Hall of Fame tonight with these guys makes it all the more special for me."

Simmons thanked "our incredible fans who got us here and stuck with us for over 50 years. We owe you so much. "Someday, we'll all be together again, sharing the music and the love."

Recognized for his unique style and impact, late T. Rex founder Marc Bolan was just 29 when he died as a passenger in a fall 1977 car accident near his UK home.

The T. Rex induction was led by Ringo Starr, who directed the band's 1972 concert film, "Born To Boogie", and also included thoughts from Bolan's son, Rolan, who accepted the honor on his behalf.

"People knew him as a great musician, a songwriter, a guitarist, but he was also a poet," recalled Starr. "And he was really proud of that. He was always telling me that he was the Number One selling poet in Britain. In fact, his poetry was as important to him as his music. He had great style and was really unlike anyone else I have ever met.

"We lost him way too young," added The Beatle, "but in his short life, he made over 12 albums that are as far out and ahead of their time as he was."

"I really feel think my Dad was put on this earth," began Rolan Bolan, "not only to play music, but to show off his unique magnetism and charisma. He took inspiration from American music but formulated his own persona and his own sound."