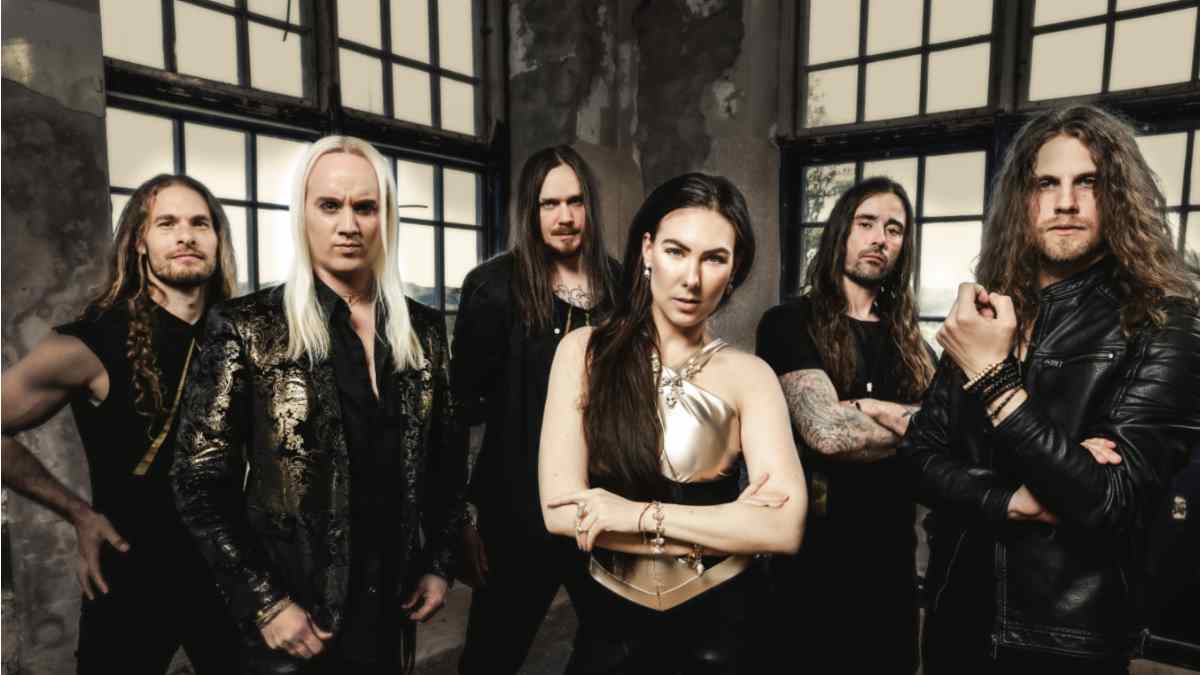 Amaranthe have released a music video for their new track 'BOOM!1'. The song comes from the band's latest album, "Manifest", which was released on October 2nd.

The band had this to say, "In a time when everyone seems to have an opinion about absolutely everything our very own motormouth, GG6, reserves his right to help himself to a small arsenal of explosives topped off with a ton or two of dynamite, and watch your opinion go 'BOOM!1'!

"Discussions on elections, pandemics and riots has led to increased polarisation in today's society, but our growl god simply prefers it all at 1000°F. A full on onslaught of detuned metal with some of the fastest growls to grace today's scene, 'BOOM!1' acts as a sequel to 2018's 'GG6', and it raises the bar on every level - with a video presented in a Tarantino-esque style, sure to be just as entertaining as the song itself. So serve yourself a cold glass of napalm, and watch your world go 'BOOM!1'!" Watch the video below: