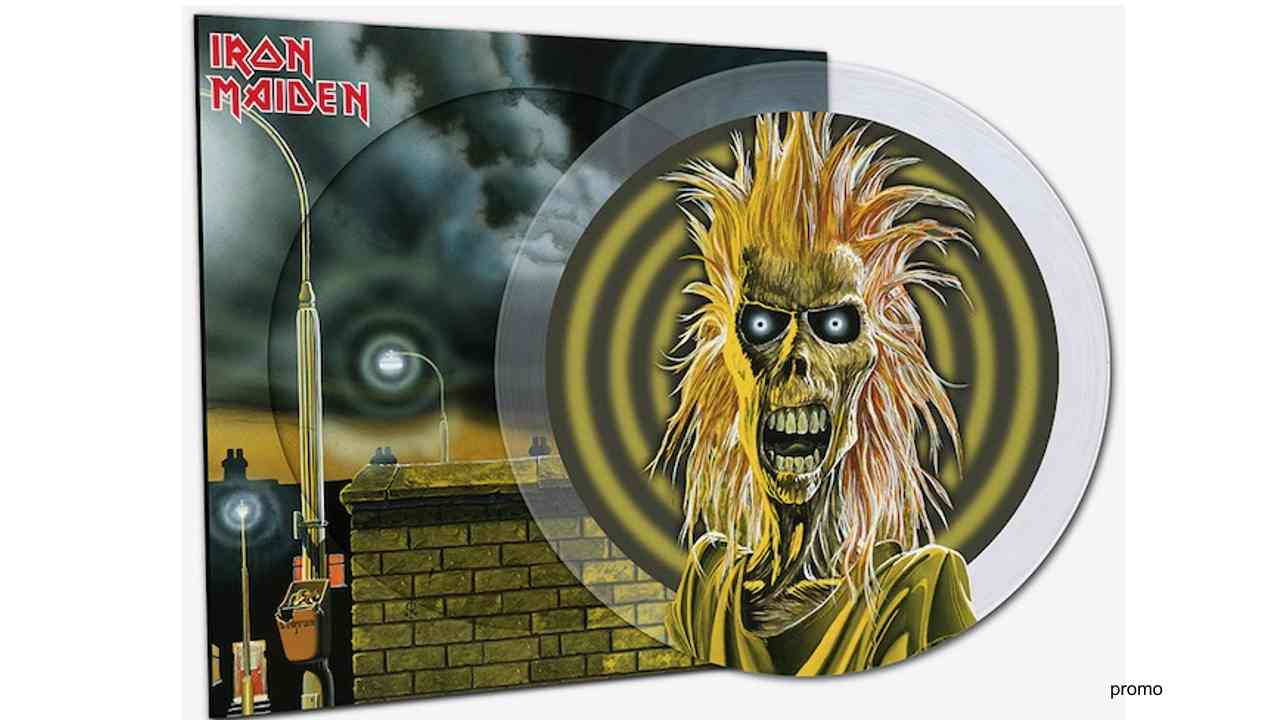 (hennemusic) Iron Maiden have announced that they will be marking the 40th anniversary of their self-titled debut album this fall with a unique vinyl release.

The group will issue a limited- edition crystal clear 12" vinyl picture disc of the set on October 9, in sync with the UK's National Album Day on October 10 - a celebration of the long-player in association with the Entertainment Retailers Association (ERA).

Originally released in the spring of 1980, "Iron Maiden" introduced the group to fans outside of the UK while featuring several iconic tracks that would be staples in the band's setlist through the years, including the singles "Running Free" and "Sanctuary", album cuts "Phantom Of The Opera", "Prowler" and the title track - the most performed song in their live history.

The project - which reached No. 4 on the UK charts - featured the lineup of vocalist Paul Di'Anno, founder and bassist Steve Harris, guitarists Dave Murray and Dennis Stratton, and drummer Clive Burr.