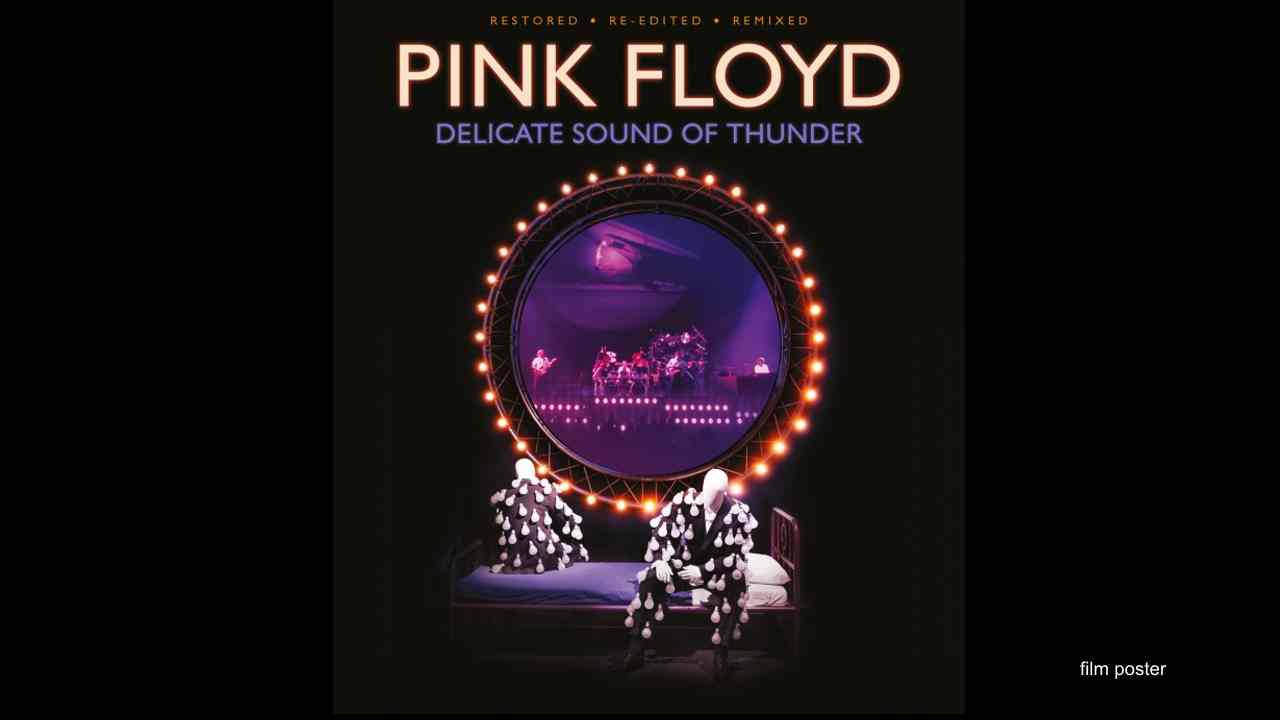 (hennemusic) Pink Floyd will screen a restored and remixed version of their 1988 concert film, "Delicate Sound Of Thunder", in cinemas worldwide on October 15.

The band were captured during their tour in support of the 1987 album, "A Momentary Lapse Of Reason"; the trek marked the group's first since the departure of founding members Richard Wright and Roger Waters, with David Gilmour and Nick Mason continuing to move forward under the Pink Floyd banner (Wright returned for the album and live series as a salaried musician, just as he did for "The Wall" shows years earlier).

"Delicate Sound Of Thunder" was filmed and recorded during a 5-night run at the Nassau Coliseum in Long Island, NY in August of 1988, delivering a setlist that balanced the then-new material alongside classic tracks.

Originally directed by Wayne Isham, the concert was completely re-edited from the restored and upgraded footage by Creative Director Aubrey 'Po' Powell and editor Benny Trickett for the 2019 box set, "The Later Years." here.