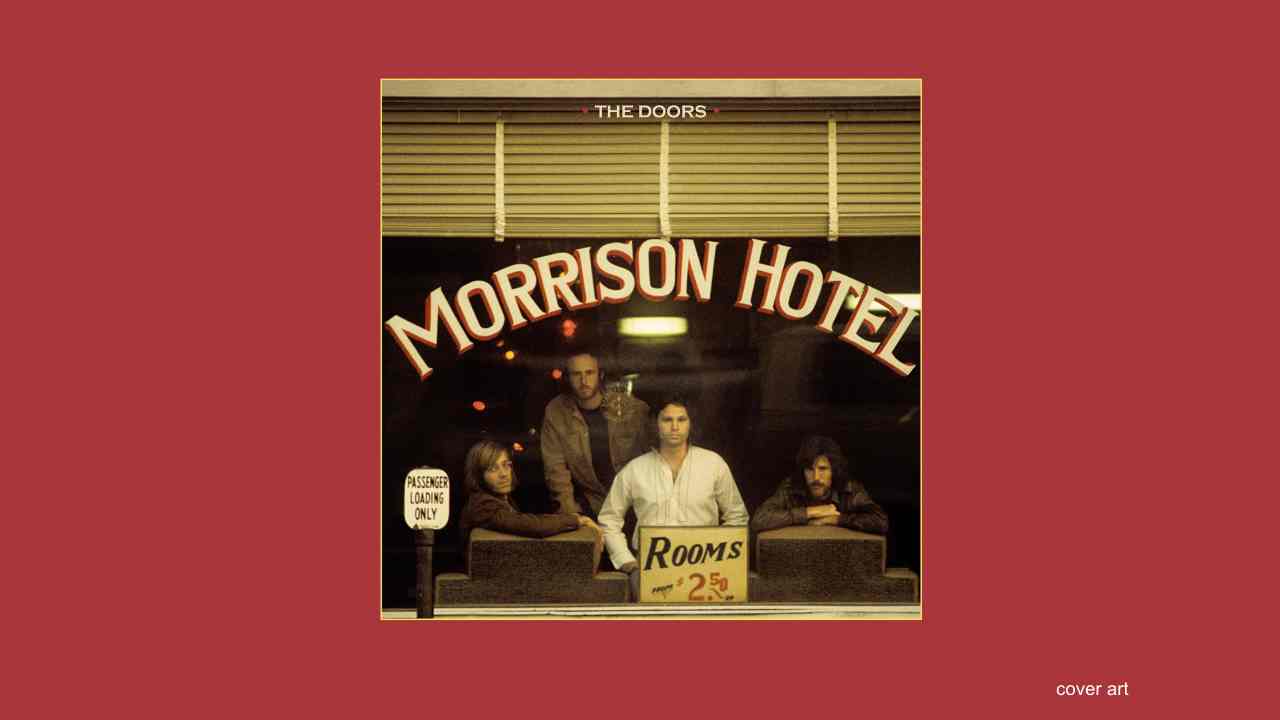 (hennemusic) The Doors will release an expanded, deluxe 50th anniversary edition of "Morrison Hotel" on October 9th. The 2CD/1LP package will include the band's original fifth studio album - newly remastered by Bruce Botnick - alongside a bonus disc of unreleased studio outtakes, and the original album on 180-gram virgin vinyl.

Released in February 1970, the project - which took its name from the Skid Row hotel in downtown Los Angeles that's featured in the iconic cover photo taken by Henry Diltz - featured classic tracks like "Roadhouse Blues" and "Waiting For The Sun."

"Morrison Hotel" reached No. 4 on the US Billboard while going on to sell a million copies in the region. The 50th anniversary package delivers more than an hour of unreleased recordings taken from the original sessions, giving fans an inside look at the making of the album.

"There are many takes, different arrangements, false starts, and insightful studio conversations between the band - who were in the studio - and producer Paul Rothchild - who was in the control room," says Botnick. "It's like being a fly on the wall."

Several of these unheard recordings spotlight how "Queen Of The Highway" and "Roadhouse Blues" evolved, with multiple takes of the latter featuring a variety of bass players - including Harvey Brooks and guitar legend Lonnie Mack, as well as outtakes of the band jamming on cover versions of the Motown classic "Money (That's What I Want)" and B.B. King's "Rock Me."

The 50th anniversary edition of "Morrison Hotel" is being previewed with an unreleased take of "Peace Frog/Blue Sunday." Stream it here.

The Doors Share Original 'Riders On The Storm' Demo